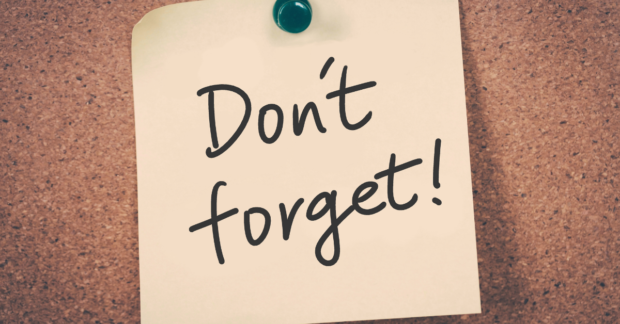 Christie said that Trump helped incite an insurrection at the Capitol last week and that if that act was not impeachable, he was not sure what would be. Christie carefully chose that word to back the current commentary of the mainstream media and Democrats for a reason.

Chris Christie tells @GStephanopoulos Trump’s incitement of Capitol siege is an impeachable offense: “If inciting to insurrection isn’t, then I don’t really know what is.” https://t.co/FnD9YSf2TE pic.twitter.com/rONPP8C0x3

Christie wants everyone to see him as anti-Trump, even though he was the first 2016 candidate to endorse President Donald Trump as part of the 2016 election cycle. Just two weeks after dropping out of the 2016 race, Christie endorsed Trump.

The former NJ Gov. started distancing himself from Trump in recent months, attacking the President’s coronavirus response and seeming to grasp to the talking points of Democrats more than that of the Republicans. He responded that the President’s election fraud claims were a national embarrassment, saying that Republican efforts were going to fail.

This gave Christie a lot of airtime on national media, something that he no doubt covets. Because for Christie, this is all about politics.

In December, he was not shy about his desire to run for President in 2024. He remarked that his URL was still reserved and that the would not rule out a run. He even said that he would run for President against Donald Trump if that were the case.

Chris Christie believes that by the time 2024 gets here, Donald Trump will be a distant memory. He believes that Trump supporters will have moved on and no longer be those that are driving the Republican party. There’s just one problem with that logic.

Trump supporters make up an overwhelming majority of the Republican voter base. Those in Congress choose not to make the same move as Christie because they understand that alienating the Trump voter is a bad idea. They also see what is about to happen in the next four years.

Democrats are about to embark on another attempt to impeach President Donald Trump. The measure will ultimately fail in the Senate but so many are caught up in the impeachment and the story that Trump incited insurrection and violence at the Capitol.

Those memories will fade quickly as Joe Biden gets to work on the Biden-Harris socialist agenda. Biden has surrounded himself with progressives that will start pushing all the radical initiatives through his administration. Americans will grow frustrated, just as they did with the Obama administration.

Chris Christie believes that he can win in 2024 where Mitt Romney lost in 2012. He believes that Republicans will once again look for a moderate candidate, shunning a potential Trump 2024 run. He believes that no one will remember in just four years that he abandoned the Trump movement after supporting it.

Except those Trump supporters will remember. They are going to remember that you supported Trump but abandoned him when times became tough. They will remember you just as they do Mitt Romney, as a traitor who is anything but a true conservative.

Twitter and Facebook took the unprecedented move to ban the President of the United States from their platforms over the past few days. While we knew it was probably coming, many did not expect it until he left office.

Biden Inaugural: National Guard Troops Authorized to Use Lethal Force as D.C. Turns Into Police State
Did You Notice the Jan 6 Crowd Cheered When Trump Touted Harsher Penalties for Monument-Trashers?
FBI arrests ‘hardcore leftist’ plotting to violently attack pro-Trump protesters at Florida Capitol over rioting at US Capitol
Annual March for Life Will Be Held Virtually, Not in Person
Police photos show how Indiana abortion doctor illegally stored remains of 2,246 fetuses in his garage and car