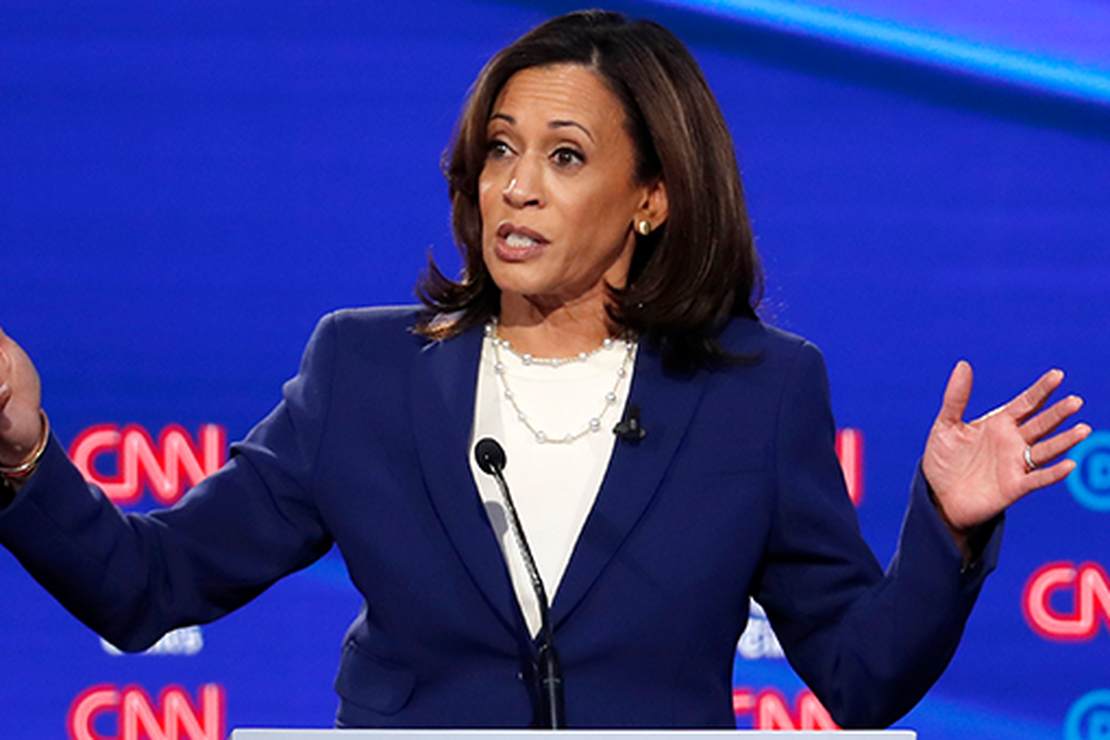 Kamala Harris was campaigning in Ohio on Saturday. There’s been a lot of buzz about her hot mic moment when she asked an assistant “Are we in Cleveland?” before addressing the crowd.


As amusing as that moment was, it was another moment during her campaign stop that should be getting all the buzz.

On Saturday night, Kamala Harris’s Twitter account posted video of the vice-presidential nominee outside of the Cuyahoga County election office in Cleveland, where voters were waiting in line to vote early. In the video you can clearly see she’s using a microphone to speak directly to voters.

“Thank you for voting and voting early. Your vote is your voice, your voice is your vote. There is so much at stake. Don’t let anyone ever take your power. The power of your voice is so important. You are going to make the difference,” she began. “You are going to make the decision about your future, about your family’s future. It is through the voice of your vote. And you have the power. The power is with the people, and you know that. That’s why you’re standing in this line today. and I just came to say thank you.”

We the people have the power at the ballot box. Thanks for a great day Ohio! pic.twitter.com/wWsSwTuD8n

Here is another video:

.@KamalaHarris’ next stop us outside the @cuyahogaboe where there’s still a huge line of people waiting to early vote. pic.twitter.com/tqqUcj1YPL

What is a neutral zone?

A polling location is a “neutral zone.” Accordingly, Ohio law imposes specific limitations on who may enter a polling location and what conduct is permissible therein. Only an election official, an observer, a police officer, a person reviewing the 11:00 a.m. or 4:00 p.m. list of registered electors, a voter (including the voter’s children who are of non-voting age when accompanied by the voter), or a person assisting another person to vote shall be allowed to enter the polling location during the election. Two small United States flags must be placed 100 feet from the entrance to each polling location on the thoroughfares or walkways leading to the polling location (or as near to 100 feet as possible). No one, other than an election official, observer, police officer, or an elector waiting to mark, marking, or casting their ballot, may loiter or congregate within this “neutral zone” or within 10 feet of any elector waiting in line to vote if the line of voters extends beyond the flags. Ohio law prohibits anyone from soliciting or attempting to influence any elector’s vote at a polling location and from preventing or delaying an elector from entering or leaving a polling location.


It is not clear from the video if Kamala Harris is technically within the “neutral zone” and she is clearly outside of 10 feet from any voter waiting in line, but addressing voters waiting in line to vote seems to, at the very least, violate the intention of the laws.

Editor’s Note: Want to support PJ Media so we can continue telling the truth about the Biden-Harris campaign? Join PJ Media VIP TODAY and use the promo code LAWANDORDER to get 25% off your VIP membership.

Matt Margolis is the author of the new book Airborne: How The Liberal Media Weaponized The Coronavirus Against Donald Trump, and the bestselling book The Worst President in History: The Legacy of Barack Obama. You can follow Matt on Twitter @MattMargolis

Early Voting Is a Cancer on the Electoral Process, and This Graph Proves It