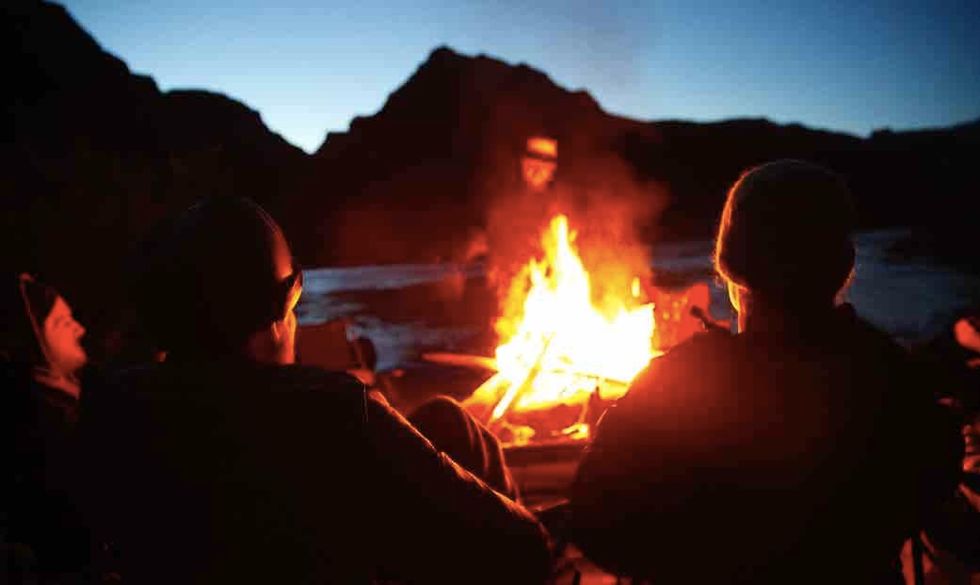 You know how things go. High school ends. Many friendships drift into oblivion. If you’re fortunate enough to go to college, once graduation hits, again the lion’s share of folks you spent a lot of time with go on to new lives — often far away — and the months turn into years, and then friendships dry up.

I certainly experienced that in my life — but I’m one blessed fellow since I still count a handful of special people as close friends. But they’re more like family. Allow me to introduce them to you.

First there’s Steve. I met him at the bus stop on my first day of eighth grade. We lived down the street from each other in a Philadelphia suburb and soon bonded over our love of sports. Considering where we lived, his love for the Dallas Cowboys is a flaw of his I’ve been forced to live with — yet it’s led to hilarious jesting between us over the years. Much more important, though, is that Steve introduced me to Jesus. As our friendship grew during high school, I cannot remember a Sunday evening when he didn’t call me on the phone and invite me to his church’s youth group. I was never interested. But something struck me during one of our long talks one night when we were seniors. I criticized the Christian faith as a smothering existence that frowned upon fun, and I wasn’t interested in that kind of life. But Steve stood up for the faith in the most authentic way I’d heard to that point: “You know, Dave, that’s something I hear a lot, but I love the Christian life. It’s a great life.” We continued our talk, but I couldn’t shake Steve’s statement — and soon I sensed God bugging me each night as I drifted off to sleep. Then one day I decided I was ready. Steve, as usual, called me Sunday evening for his weekly rejection — but instead I said, “Yes, I want to go to youth group,” which I’m sure floored my faithful friend. I invited Christ into my life that night, and my life was forever altered. Steve and I have maintained our friendship through the years and still get together to share hoagies, family news, and prayer concerns. No subject is off limits. Deep is always good. Steve’s faithfulness to God helped spur me on to my own faith — and that our friendship has endured is a precious gift to me. I’m forever thankful for him.

Then there’s Jeff. I met him in college, where he played a crucial role as a mentor and guide, helping me make sense of my new faith and supporting me through some rough emotional patches. He’s also a stellar piano player and a huge fan of the band Yes, both of which helped deepen our bond as we talked music while I banged away on my new acoustic guitar freshman year. He encouraged me, shared many new insights with me, and challenged me. One seemingly mundane — but in reality deeply important — moment still stands out to this day. My girlfriend and I had just broken up toward the end of my senior year, and I was quite despondent — all the while in the midst of interviewing for a residence hall director position that would begin in the fall. I didn’t want to go to the interview. But Jeff actually got me through tying my tie and encouraged me to step into the day in faith despite my sadness. And I did — but almost didn’t! It’s wild to think of how different my life might have turned out if he wasn’t there for me in that moment. Most of all, though, is that Jeff taught me in real life, and in real time, what sticking together as friends means. He taught me it’s OK to argue, to battle things out, and that Christians forgive each other and press on after the dust settles. His presence in all those respects continues to this very day, through thick and thin, and I’m deeply thankful for him.

Along with Jeff I also became friends with Rich, John, and Ralph in college. The interactions between us individually were frequent and meaningful through my first three years at school — particularly with respect to my growth as a Christian. But with the five of us as a group, it all got taken up a notch my senior year when we shared a house together off campus. You get to know each other a lot better under the same roof! We had a lot of fun, a lot of laughs — but there were arguments, too, and some tears in sad moments. That’s what living among one another brings, and it showed me what true Christian community can be. But here’s where things get even more interesting. Once our time living under the same roof was over and we went on to different pursuits, our friendships remained. We wrote, we called, we visited as the years went by; those of us who could swing it met up annually between Christmas and the New Year. And then we created a Facebook group for ourselves to let us communicate — often daily — about the goings on and challenges and blessings in our lives. It’s not the same as living in the same house like we did in college, but it’s a blessing nonetheless knowing I can count on lifelong friends like Jeff, Rich, John, and Ralph to pray for me and care for me. They’ve all been there for me in good times and bad, and I’m thankful for all of them.

There’s also Brent and Lou. Brent I met during graduate school when we were residence hall directors — we bonded first over our love for the comic strip “Bloom County,” and then our friendship deepened over discussions about our shared faith in Christ, culture, comedy, politics, music, and our lives in general. To this day all we need to do is utter a phrase, and we’ll both practically fall over in laughter. Lou I met my first day as a freelance writer for the Philadelphia Inquirer at the paper’s Cherry Hill bureau. I noticed a bumper sticker at his desk for a local band I’d heard of for years on radio commercials. “Are you a fan of the Chasers?” I asked him. Lou replied, “I’m IN the Chasers!” Our shared love of music — turns our we were both guitar players in rock bands — along with our shared professional pursuits made us instant friends. Later our discussions turned to matters of faith, and a few years later Lou joined me on the path walking with Christ. And even though the miles separate us, Lou and Brent have stayed friends with me as our lives took their inevitable twists and turns. I am thankful for them both.

Growing up I didn’t have brothers — but God gifted me instead with seven men I consider family. And on this Thanksgiving, I’m thankful for all of them and and for blessings they’ve brought to my life.

Thief steals woman’s car but drives back to scold her and threaten to call police after finding her 4-year-old son in back seat
Capitol Riot Prosecutors Run a Big Risk in Pursuing a ‘Sedition’ Case
FBI arrests ‘hardcore leftist’ plotting to violently attack pro-Trump protesters at Florida Capitol over rioting at US Capitol
Dr. Anthony Fauci says new ‘mutant’ COVID-19 variants are a ‘clarion call’ for people to get coronavirus vaccine
Pennsylvania Dem Lt. governor gets schooled after he claims ‘lies’ about election are ‘not protected speech’