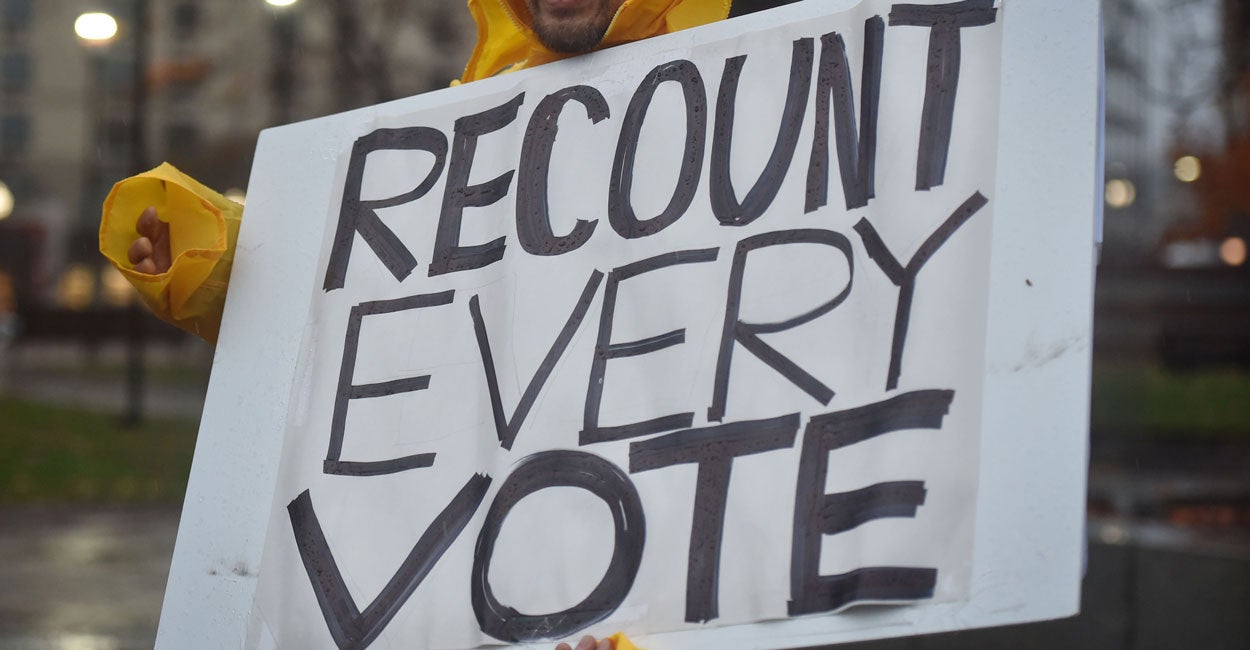 The Hon. Ken Blackwell, advisory board member of the Trump/Pence 2020 Campaign, and J. Christian Adams, president and general counsel of the Public Interest Legal Foundation, join “The Bill Walton Show” to discuss the latest on the Trump campaign’s battle over the counting of legal votes.

Read a portion of the transcript, lightly edited, below, or watch the full episode above.

Bill Walton: Welcome to the special edition of The Bill Walton Show. I’m here with the Honorable Ken Blackwell, who is an advisory board member of the 2020 Trump-Pence campaign, and J christian Adams, who’s president and general counsel of the Public Interest Legal Foundation and a former justice department official. And we’re here to talk about where we stand with the presidential election, and possibly also where things stand with the Georgia Senate races. Ken, let’s kick it off. Where are we now? This is a state by state issue. Can you frame it for me?

Absolutely, Bill. We’re in the fight. We have a lot of runway in front of us. We have to guard against anybody prematurely throwing in the towel. There is a case that can be prosecuted in these states, both in the courts and in the civic political arena, and we can win the day. But I’ve worked in Pennsylvania, right next to Ohio. I was in Pittsburgh, been in Philadelphia, and yesterday the campaign started, it’s making its case in a federal district court before an Obama judge.

This case will probably go to the Third Circuit and then a court of appeals, and then onto the Supreme Court. It’s around two principal ideas, one, that the governor and the secretary of state and the Pennsylvania Supreme Court overstepped their authority when they, in the last minute, changed the rules of the election and the procedures impacting the count. That is a violation of Article Two of the US Constitution, which says that the calendar and the procedures, or the policies, are established by the state legislature.

The other was an equal protection provision. There is now a mountain of evidence that voters got treated unevenly in the state of Pennsylvania. There were folks who were allowed to cure their ballots and others who were not. And at question here will be about 640,000 ballots, and that’s more than enough to change the count. The other thing I’ll close in saying, we have worked on making sure that the state legislature understands that when this evidence is mounted, when a decision is made that there was an unequal application of the law, they can make the decision as to who is seated in the electoral college. And they have about 20 electoral college votes.

Walton: Before I jump to Christian, what’s the calendar in Pennsylvania? Can we prove, I guess, the state legislature versus a Supreme Court ruling or overseeing what an election law to be is pretty clear, but there’s other stuff we’ve got to prove. What’s the calendar? Do we have enough time to-

Blackwell: We have enough time. Remember in Bush v. Gore, there were 37 days where this was pounded out. The short calendar is that we have until December the 13th. December the 14th is when the electoral college meets and there’s ample time to prosecute this case. And we, in fact, must make sure that we prosecute it both in the court of public opinion and in the federal court system. And we can get it done.

Christian Adams: Right. In Georgia today, there’s going to be a recount of sorts. We should have some interesting news later in the day. Arizona, we have a trial or a mini evidentiary hearing on Friday. We represent a woman who was attempting to vote on the machines. She put her ballot into the scanner, and it did not accept her vote. And then she was told, “It’s time to go away. You don’t get a chance to fix anything.” And she’s just one of many hundreds of people who experienced something very similar in Arizona. And it’s a vote denial case. Her vote was denied because of the complications of the machine.

So Ken is exactly right, there’s a lot of runway here. In Pennsylvania, you have a case, it doesn’t even require voter fraud. It’s all about being treated differently, by changing the rules in the middle of the game, which happened to all over the country, Bill. All over the country, the left, the Democrats, were attempting to change the rules of the election in the middle of the game. And that’s not supposed to be now it works.

Walton: Well, I guess it sounds like you would agree with my view that Trump needs to fight this until every legal vote is counted and every illegal vote is tossed out. Because I think if you count it up that way, he won probably by a wide margin.