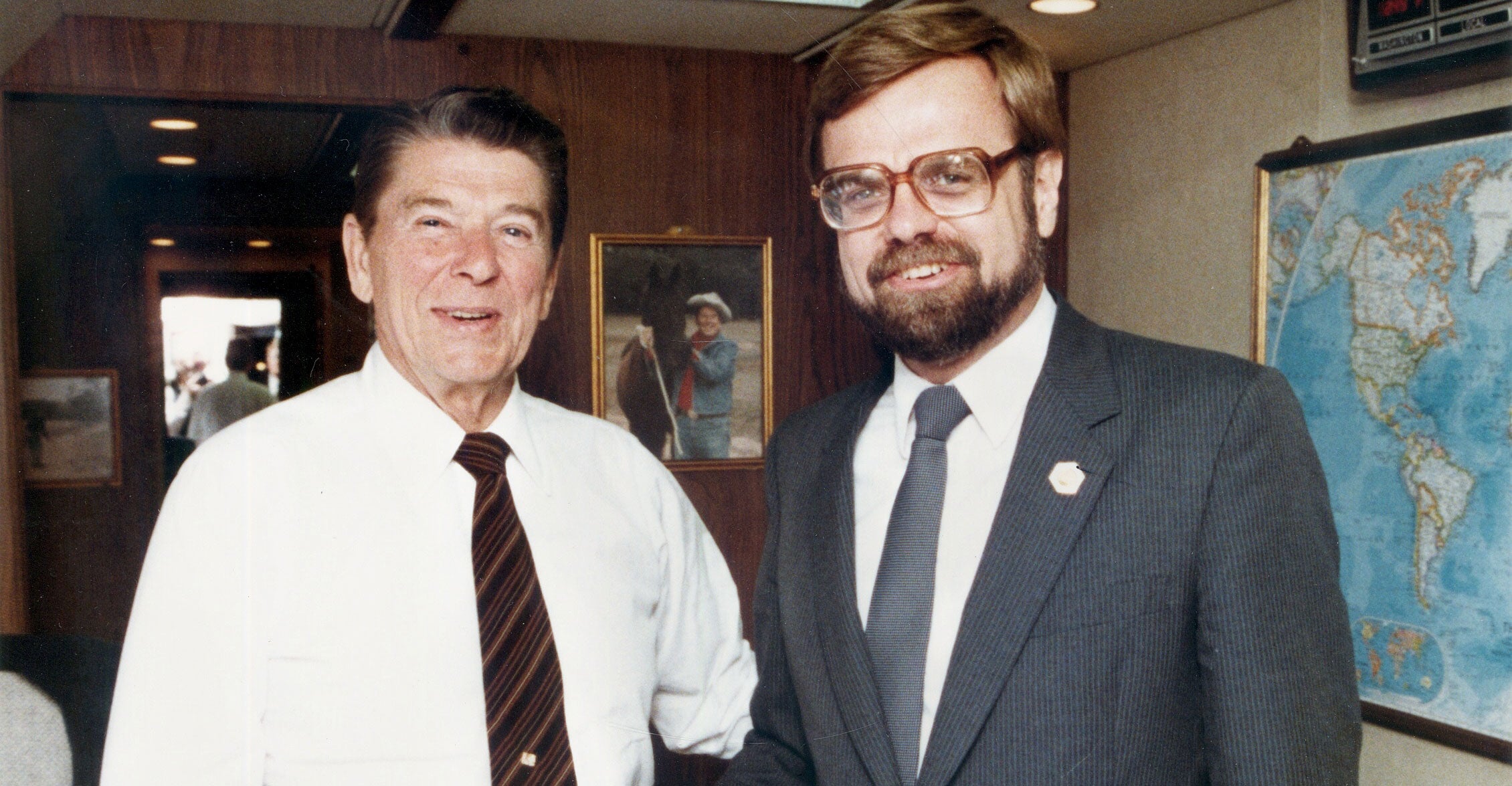 I landed in Washington, D.C., in 1965 as a graduate student. For a conservative, the landscape was barren.

There was no conservative administration, no national newspaper that competed with the liberal New York Times and Washington Post, no conservative think tanks that rivaled the Brookings Institution or Carnegie Endowment for International Peace, and no conservative majority in Congress.

Over the previous 32 years, the Democrats occupied the White House for 24 years, and both houses of Congress for 28 years. For all practical purposes, Washington and national politics were a Democratic Party monopoly.

Washington and the country were no longer a Democratic Party monopoly.

Conservative think tanks dotted the capital landscape. New ones sprouted—The Heritage Foundation; the Cato, Hudson, and Reagan institutes; and the Hoover Institution—while existing ones, such as the Center for Strategic and International Studies, and the American Enterprise Institute, surged.

The Fox News Channel broke the liberal stranglehold on the media. Conservative commentary flourished on local and national radio and TV. And state governors and legislatures became red as often as blue.

A healthy balance characterized American politics. Democrats, of course, didn’t like the new competition and called it “extreme partisanship,” blaming Republicans for dividing the country.

The academy, meanwhile, marched in the opposite direction. Already dominated by liberals, it moved even further left, until it sank into the swamp of today’s “cancel culture” and political correctness.

When I started teaching at Williams College in Massachusetts in 1971, my colleagues, with one or two exceptions, were strongly anti-Nixon if not anti-U.S., and openly Marxist and radical. They celebrated Marxist holidays, draping their houses near or on campus with communist bunting.

The faculty imbalance nationwide is staggering. According to Jon Shields and Joshua Dunn Sr., in their 2016 book “Passing on the Right: Conservative Professors in the Progressive University,” Republican professors account for only 7% to 9% of the professoriate in the social sciences and 6% to 11% in the humanities.

Conservative professors generally lie low until they are tenured—and often beyond. They have to sit in meetings where conservative politics are ridiculed and Republican presidents are the butt of mischievous jokes. (Example: “Compassionate conservatism? Isn’t that an oxymoron?”)

They mentor graduate students who study subjects that align more with liberal than conservative interests—disarmament, not nuclear deterrence; market failures, not government failures; the threats of climate change, not terrorism; welfare, not self-reliance; and Democratic not Republican presidents.

Conservative faculty solicit funding from liberal institutions, such as the Ford and Rockefeller foundations, and grimace as the MacArthur Foundation grants “genius” awards to mostly leftwing scholars and activists.

Meanwhile, conservative funding sources, such as the Koch, Scaife, and Bradley foundations are lesser known or stereotyped as ideological, not scholarly.

Despite this tilted terrain, I thoroughly enjoyed most of my time in the academy. Overall, liberal colleagues were friendly and encouraging. I received fellowships from both conservative (Bradley and Hoover) and liberal (Ford and the Century Fund) foundations. I served on the board of a prominent academic journal and was selected by my colleagues to help lead the newly established Elliott School of International Affairs at George Washington University.

A key pivot in my career occurred when I served in the Reagan administration. From 1981 to 1983, I was the senior staff member of the National Security Council, responsible for international economic policy and the economic summits of the Group of Seven leading industrial nations.

No academic friends joined me in the administration. In fact, those friends were shocked that I supported Ronald Reagan. Remember, Reagan was regarded by many liberals as “racist” and “rightwing,” polarizing American politics, and threatening nuclear war. My own department refused to approve my request to remain a second year in the administration, a normal request, until I appealed to the president of the university, a rare conservative in that position.

After the Reagan years, the mood in the academy seesawed. In the 1990s, the liberal-left shuddered at the success of Reagan’s policies. How could they explain the end of the Cold War and the spread of free markets? While I explained it in terms of Reagan’s ideological, military, and economic strategies in my 1991 book “The Myth of America’s Decline,” they found other explanations, such as “the information revolution” or Mikhail Gorbachev.

For a moment in the 1990s, students who grew up under Reagan were more conservative. They at least noticed the pictures on my wall of Reagan and me on Air Force One and asked what kind of leader Reagan was.

After 9/11 and the Afghanistan and Iraq wars, however, the mood turned rancid. The diversity obsession and “cancel culture” took over, and intolerance reached its peak in the 2016 election, when conservative students feared to reveal their preferences for Donald Trump.

How much politics mattered over all these years is hard to know. It mattered some, for sure. When colleagues accuse me of exaggerating, I suggest they spend their next life pursuing the same profession, but living in a thoroughly conservative—not liberal— community. How comfortable, let alone successful, might they be?

Most troubling, few colleagues today realize how exclusive the supposedly “inclusive” university has become. Too many insist that I agree with the “cancel culture” or accept the status of a lower moral being. Their sanctimony increasingly isolates them from the society they propose to educate.

Can the academy wake up? Can it have a real “woke” experience? I hope so, because conservatives in Washington and the larger society are here to stay.