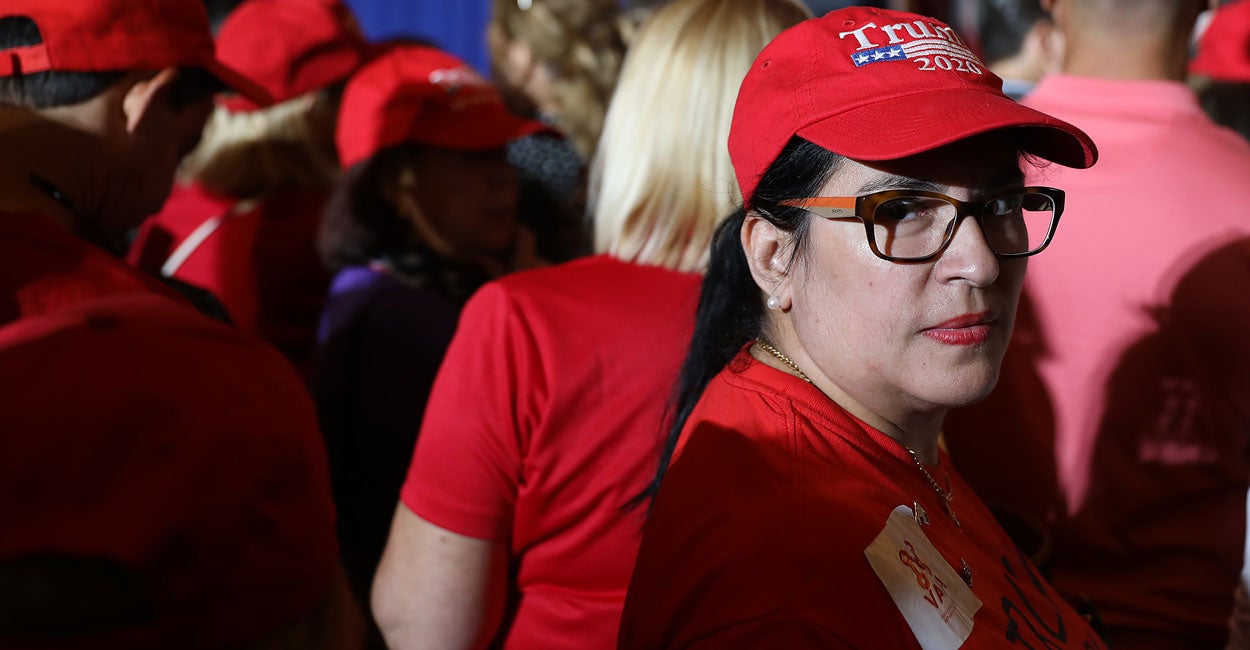 When it dawned upon newscasters that President Donald Trump was going to win Florida on election night, one famous county zoomed into focus: Miami-Dade.

With a demographic that is approximately 70% of Hispanic-origin Americans, composed of Cubans, Venezuelans, Mexicans, and Columbians, just to name a few immigrant groups, Miami-Dade County was expected to deliver the margin that could lead to a victory for Joe Biden in Florida, having gone for Hillary Clinton by 20 points in 2016. Instead, the county’s margin for Biden was only 7 points.

Trump carried Florida by 2.6 more percentage points than in 2016 despite a 1.5% slide among voters 65 and older. How? Because of an extraordinary performance by Trump in immigrant-dominated Miami-Dade County, where the message was sent: Immigrants are not a monolith.

In California, a state that Biden easily won, conservatives nevertheless found something for which to cheer: Korean-born Young Kim’s victory against liberal incumbent Gil Cisneros in the immigrant-dominated Los Angeles suburbs.

Kim, a California state assemblywoman and business owner, fell just short in the 2018 midterm elections against Cisneros, losing 49.2% to 50.8%. But in 2020, she surpassed Cisneros with about 51% of the vote.

What is even more extraordinary is the fact that in California—one of the most diverse states in America—voters rejected the ultimate race-based liberal policy objective: Proposition 16, which—if passed—would have repealed the state’s ban on race preferences in admissions and employment.

The vote wasn’t even close: 55% of voters voted to strike down the measure, which was promoted by liberal bastions like the University of California and even California professional sports teams.

Indeed, although Biden may still ultimately carry the 2020 election, Trump and the GOP’s down-ballot victories in immigrant hubs present a future for the conservative movement that could be much more immigrant-heavy than projected back in 2016, when Trump won his first victory off of “working-class whites” in Wisconsin and Michigan.

And, although the mainstream media narrative seems to point toward “immigrants” fueling Trump’s projected loss in Arizona, the reality, according to the exit polls, speaks differently.

Where did Trump fall off, then? Actually, white voters.

Trump won 51% of white voters in Arizona this year while winning 54% of them in 2016. Voters older than 65 (who tend to be whiter) in particularly handed Trump the cold shoulder: Only 50% of them voted for Trump in Arizona this year, despite 55% of the same demographic voting for him in 2016.

Although these polls might shock initially, the reasoning behind them is perfectly intuitive. The coronavirus pandemic likely agitated many at-risk older whites against Trump.

However, younger immigrant voters, who had seen their businesses and their schools shut down by left-of-center public officials, gravitated toward Trump’s understanding of the pandemic, which was fundamentally about rejecting a cure that is worse than the disease.

It is no wonder that people who had seen national emergencies being utilized by dictators in their home countries to consolidate authoritarian power would be more naturally skeptical of liberals’ response to the coronavirus, which has closed down churches and businesses in the name of “public safety,” while allowing Black Lives Matter protesters to storm city squares uninhibited.

Despite the narrative of the conservative movement getting “older and whiter,” conservatives do have a path forward that can genuinely appeal to immigrant voters tired of the left’s zero-sum rhetoric and government control. But their work is hardly done yet.

Central to this courtship of immigrant voters will be the continual reemphasis of the American left’s vile trend toward both socialism and racial identity politics, two themes under which immigrants have historically suffered and left to come to America.

“For a long time, the prevailing theory on the left was that an increase in turnout among Latino and immigrant communities would mean an increase in their vote share,” Gil Guerra Salcido, a commentator and co-host of a podcast on Latinos and conservatism, told me in an interview. “What we saw in 2020 was a historic increase in the share of Latinos who voted, and a dramatic rebuke of the Democratic Party compared to their margins in 2016.”

There is a significant realignment of the conservative movement that cannot be overlooked here. It runs counter to every narrative of “conservatives are getting older and whiter” you have heard over the past four years. But conservatives need to seize the moment. They cannot let this opportunity to broaden their coalition go to waste.

The conservative movement does not need to “lighten” its message in order to appeal to immigrants. It merely needs to explain why illegal immigration hurts legal immigrants, why leftist policies reinforce socialist “Chavista” ideology, and why the narratives of systemic racism in our country will harm minorities more than they will help them.

If conservatives do this, they will see this groundswell of immigrant support become a coalition for decades to come.