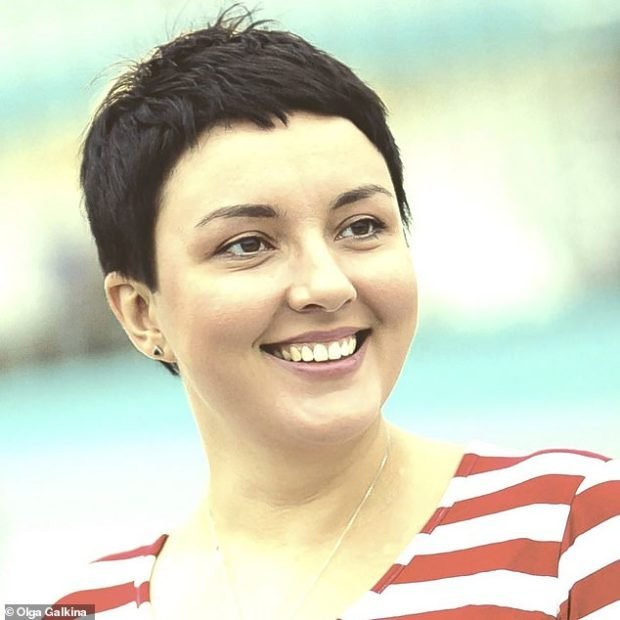 The source for some of the Steele dossier’s most specific but debunked allegations of collusion between the Trump campaign and Russian government has been identified as a Russian public relations executive named Olga Galkina.

When Galkina began feeding information to Danchenko in mid-2016, she was an employee of Aleksej Gubarev, a Russian tech executive who owns two Cyprus-based web hosting companies, XBT Holdings and Webzilla.

Gubarev is accused in a dossier memo dated Dec. 13, 2016, of working with Russian hackers to infiltrate Democrats’ computer systems, and of having been recruited by Russian spy services.

Galkina had been fired at Gubarev’s company a month before Steele wrote the memo, according to The Journal, providing a possible motive for her to spread questionable allegations about the company.

Galkina had been hired by the firm as a public relations specialist in November 2015 to help the company produce press releases about the company’s business in the U.S. and Europe. She is listed as a press contact on a Feb. 2, 2016, press release for Servers.com, an affiliate of XBT.

By August 2016, Webzilla was looking to fire Galkina over what her former co-workers have said was erratic behavior.

According to one report in Russian media in February 2017, Galkina sued Gubarev, accusing him of harming her career and reputation by spreading rumors that she was unable to care for her young son.

In addition to the allegations against Gubarev, the dossier memo also asserted that a Russian man named Seva Kaptsugovich took part in the hacks of Democrats’ computer networks.

Kaptsugovich was likely not involved in the cyber attacks, McClatchy reported in 2017. The news outlet reported that Kaptsugovich had been in prison since 2013 on child pornography charges.

Kaptsugovich is also from Perm, the home town for Danchenko and Galkina.

A lawyer for Gubarev alleged Wednesday that Galkina fabricated allegations against the tech executive.

“The report that allegations about Alex Gubarev, XBT and Webzilla originated from a disgruntled and unstable employee is further proof of what has already been proven time and time again – all of the allegations against my clients are a pure fabrication and their inclusion in any report, whether private or public, is a gross dereliction of professional responsibilities,” Val Gurvits, the lawyer for Gubarev, told the Daily Caller News Foundation.

Galkina’s role as a source for the Steele dossier would seem to further undercut the credibility of the salacious document, which BuzzFeed News published on Jan. 10, 2017.

Steele, a former MI6 officer, had declined to tell the FBI the identities of his primary source and sub-sources, but the FBI identified Danchenko as the likely primary source by January 2017.

During a series of interviews that month, Danchenko described six sub-sources he relied on to collect information that he passed to Steele, according to an FBI memo from those interviews and released on July 17.

Danchenko and the other sources’ names are redacted in the memo, but two Twitter users were able to identify Danchenko and Galkina based on clues from the document.

Galkina did not respond to the DCNF’s requests for comment.

In his FBI interviews, Danchenko said that Galkina was a “close, personal friend” who had served as a “key” source for him for the dossier project.

According to Danchenko, Galkina was a source for three separate allegations that appeared in the dossier, which Steele compiled on behalf of the Clinton campaign and the Democratic National Committee.

Danchenko said Galkina provided the information that Trump lawyer Michael Cohen visited Prague in August 2016 to meet with Kremlin officials to discuss paying off hackers. The allegation fueled speculation for years that the Trump campaign conspired with the Kremlin to influence the election.

Special counsel Robert Mueller debunked the allegation in a report he released in April 2019, which said that Cohen has never visited Prague.

Galkina also told Danchenko that Trump campaign aide Carter Page met secretly in Moscow in July 2017 with a Kremlin official named Igor Diveykin to discuss the exchange of blackmail material related to Donald Trump and Hillary Clinton. The FBI cited the information in its applications for FISA warrants against the former Trump campaign aide.

Page has vehemently denied meeting Diveykin. The special counsel’s report said investigators found no evidence that Page or any other Trump associates conspired with Russians in 2016.

The Justice Department inspector general (IG) blasted the FBI for relying on Steele’s information for the FISA applications. A report from the IG said that the FBI failed to verify Steele’s allegations and also had evidence that Steele doubted the veracity of some information in the dossier.

Danchenko also told the FBI that Galkina was the source for the dossier claim that Gubarev used his web companies to aid the Russian hacks of Democrats’ computer systems during the 2016 election.

Gubarev sued Steele in the United Kingdom over the claim and filed a lawsuit against BuzzFeed for publishing the dossier in January 2017.

BuzzFeed News paid $4 million to a consulting firm, FTI Consulting, to try to validate the dossier’s claims about Gubarev. The report found no evidence to support Steele’s allegations.

BuzzFeed has not reported on the developments regarding Steele, Danchenko or other dossier sources.

Danchenko told investigators that he had known Galkina since they were teenagers growing up in Perm, a city of around 1 million in southern Russia.

He said Galkina provided him information on “major Russian firms; Russian state entities, including the Kremlin” that he also shared with Steele’s firm, Orbis Business Intelligence.

Danchenko had worked as an analyst for the Brookings Institution, a liberal foreign policy think tank, through 2010.

Danchenko said Galkina “was one of the key sources for the ‘Trump dossier’” and that she was “directly quoted” in some passages in the document.

He also said he trusted Galkina “100%,” according to the FBI memo.

A footnote to that section of the IG report says that the FBI received information in June 2017 that Danchenko and Galkina had “personal and business ties.”

The sub-source had also “voiced strong support for candidate Clinton in the 2016 U.S. elections,” according to the footnote.

The IG report also indicates that the FBI had Section 702 coverage on Galkina, which would have allowed the FBI to surveil her communications.

The IG report said that the FBI received evidence in January 2017 that the allegation about Cohen may have been planted by Russian intelligence operatives.

The report said that Russian intelligence may also have planted disinformation about a Trump sex tape.

The report said that the U.S. intelligence community compiled a report in June 2017 that said two Russian intelligence officers knew in July 2016 that Steele was investigating Trump’s ties to Russia.

Danchenko came out of hiding last week in interviews with The Guardian and The New York Times. He defended his work on the dossier and said he stood by the document’s most salacious allegation: that the Kremlin had recorded Trump in a Moscow hotel room with prostitutes.

He has also set up an online fundraiser to help him recoup income he claims he has lost since being identified as Steele’s source.

He posted a tweet referencing Webzilla, the company owned by Gubarev.

Gurvits, the lawyer for Gubarev, responded to Danchenko’s claims in his statement to the DCNF.

“It actually boggles the mind that the so called ‘Russian expert’ Igor Danchenko is now trying to portray himself as a victim, when he clearly was a willing participant in the concoction and dissemination of unfettered lies,” he told the DCNF.

Danchenko defended his work on the dossier in a statement to The Journal.

“I have a longstanding relationship with most of my sources … and have no reason to believe that any of them fabricated information that was given to me, ” he told the newspaper. “More importantly, I have yet to see anything credible that indicates that the raw intelligence I collected was inaccurate.”

Danchenko told The Times that he met with three sources in Moscow and St. Petersburg in June 2016 who all brought up the alleged Trump sex tape.

The DCNF reported in August that Danchenko met with Sergey Abyshev, a deputy in the Russian ministry of energy, and Ivan Vorontsov, the editor of a Russian finance magazine.

Danchenko’s attorney did not respond to request for comment.

Cellphone video shows man claiming he has coronavirus and spitting at women because they weren’t wearing face masks
‘Another Truth:’ CBS’s ‘S.W.A.T.’ Echoes Defund the Police Nonsense
American oil executives known as the ‘Citgo 6’ sentenced between 8 and 13 years in prison in Venezuela
Democrats & Presidential Elections — It’s Only ‘Free and Fair’ When We Win
New stay at home order issued for Los Angeles County as coronavirus cases surge