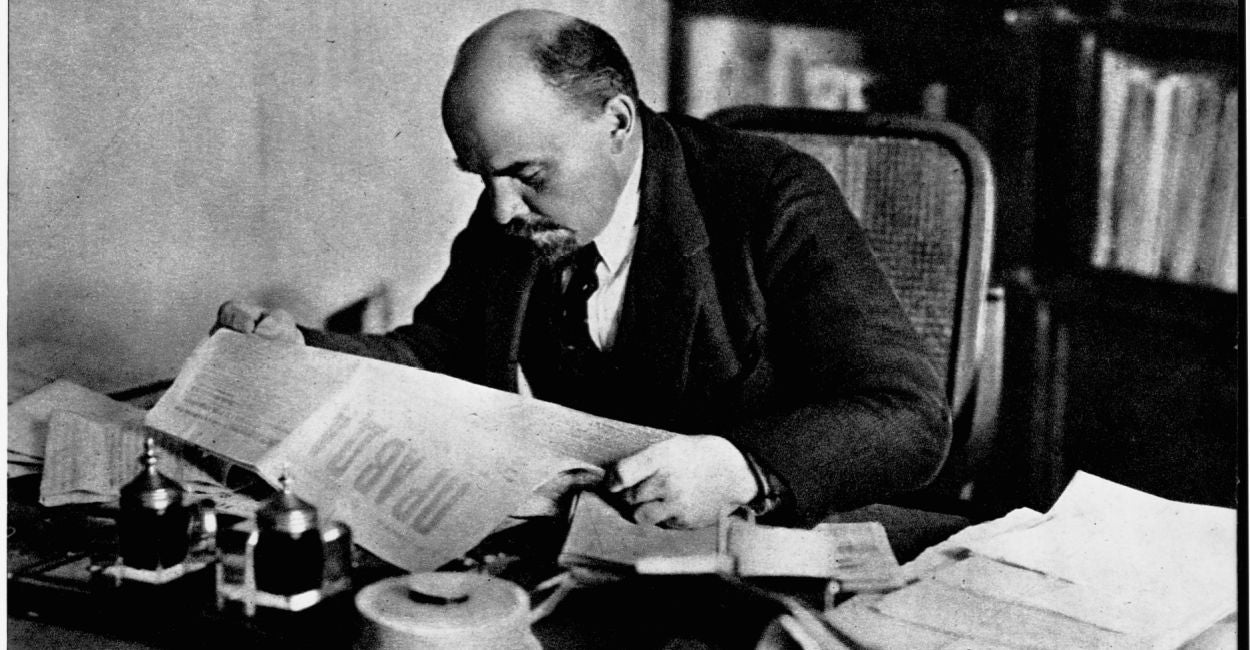 There are conservatives who lie, and there are liberals who lie, but both conservatism and liberalism hold truth to be a supreme value.

This is not true for leftism.

Truth is simply not a left-wing value.

Lying is to the left what breathing is to biological life. That is why the father of modern leftism, Vladimir Lenin, named the Soviet communist newspaper “Pravda,” the Russian word for “truth.” Truth is what a leftist says it is. It is not an objective reality.

The left has always relied on lies to gain and retain power. This is as true today in the United States as it was in the Soviet Union.

Here are examples of lies Americans are told they must hold lest they be removed from social media, shamed, ostracized, and even fired from their jobs.

In no order of importance:

Men menstruate. American Civil Liberties Union tweet, Nov. 19, 2019: “Men who get their periods are men. Men who get pregnant and give birth are men.” If this is not a lie, the word has no meaning.

It is fair when males who identify as females compete in girls’ and women’s sports. In Connecticut, two biological men who are trans women have combined to win 15 girls state indoor or outdoor championship races since 2017. According to The Wall Street Journal, “19 state athletic conferences … allow athletes to compete based solely on their expressed gender identity.” No one with a passing acquaintance with truth could say this is fair.

To be colorblind is to be racist. This left-wing assertion is the opposite of the basic liberal ideal to end racism: to have everyone colorblind, meaning we are all to view and judge people solely as individuals irrespective of race.

“Colorblind is racist” is not just a lie; it is an Orwellian lie. But it is actually normative on the left. See, for example, “Color-Blindness Is Counterproductive” (The Atlantic, Sept. 13, 2015) or the book “Colorblind Racism” by Meghan Burke, associate professor of sociology at Illinois Wesleyan University.

The 2016 Trump campaign colluded with Russia to win the election. This lie has permeated the American media for more than three years. There was never any truth to it. But those on the left–the Democratic Party and the mainstream media–found it a very useful claim, and they are doing so again in the 2020 campaign.

President Donald Trump said there were “very fine” Nazis. This is “the Charlottesville lie.” First, the media spread it, and now Joe Biden has run with it, claiming repeatedly that this was the reason he decided to run for president. Of course, what Biden said is a lie; he has wanted to run for president all his life.

At Trump’s press conference on Aug. 15, 2017, right after the Charlottesville march and demonstrations, Trump made it clear he wasn’t referring to the neo-Nazis when he said there were “very fine people on both sides.” He told the press, “I’m not talking about the neo-Nazis and the white nationalists because they should be condemned totally.” He was referring to the two sides at the protest over statues. See the video “The Charlottesville Lie” by former CNN reporter Steve Cortes at PragerU.com.

Donald Trump is a dictator. This lie has been told since before Trump was elected. It is repeated by virtually every left-wing commentator and politician. See, for example, “10 Ways Trump Is Becoming a Dictator, Election Edition” by Harvard professor Stephen M. Walt (Foreign Policy, Sept. 8, 2020) or “Donald Trump Wants To Be a Dictator” by Guardian columnist Jonathan Freedland (The Guardian, July 5, 2019). It is a lie.

The fact is no conservative American politician is a likely dictator because one of the fundamental goals of American conservatives is to shrink the power of the government. A dictatorship in America is far more likely to come from the left, which seeks to massively increase government power.

For example, as reported in Politico on Aug. 21, Biden has already pledged, “I would shut it down,” referring to the American economy and Americans’ freedom of movement to combat the COVID-19 virus.

>>> What’s the best way for America to reopen and return to business? The National Coronavirus Recovery Commission, a project of The Heritage Foundation, assembled America’s top thinkers to figure that out. So far, it has made more than 260 recommendations. Learn more here.

America is a racist society. This is the greatest national lie since the medieval blood libel, in which Christians accused Jews of slaughtering Christian children to use their blood to bake matzo for Passover. America is, in fact, the least racist country in history. That’s why, for example, there are so many race hoaxes; the real thing is so hard to find. Jews didn’t need to concoct anti-Jewish hoaxes to prove there was widespread anti-Semitism in Germany in the 1930s.

Ferguson was an example of racist police brutality. The Ferguson lie is frequently cited by the left as an example of police racism, including by figures as prominent as Barack Obama. Yet, a grand jury, which included black jurors, declined to indict the white police officer who shot and killed Michael Brown, a black man, because Brown had attacked the officer, sought to steal his gun, and was in the process of a second attack when he was killed.

The claim that Brown had said, “Hands up, don’t shoot” was also a left-wing lie. Brown never said it. See the PragerU video with Larry Elder.

America was founded in 1619, not 1776. This is the infamous New York Times lie for which the Times was awarded a Pulitzer Prize. This is the same prize awarded to the same newspaper in 1932 for its horrific lie that there was no famine in Ukraine when, in fact, Joseph Stalin was deliberately starving about 5 million Ukrainians to death.

These are just some of the left-wing lies increasing numbers of Americans believe. America’s survival depends on Americans—especially young Americans—recognizing them as such.