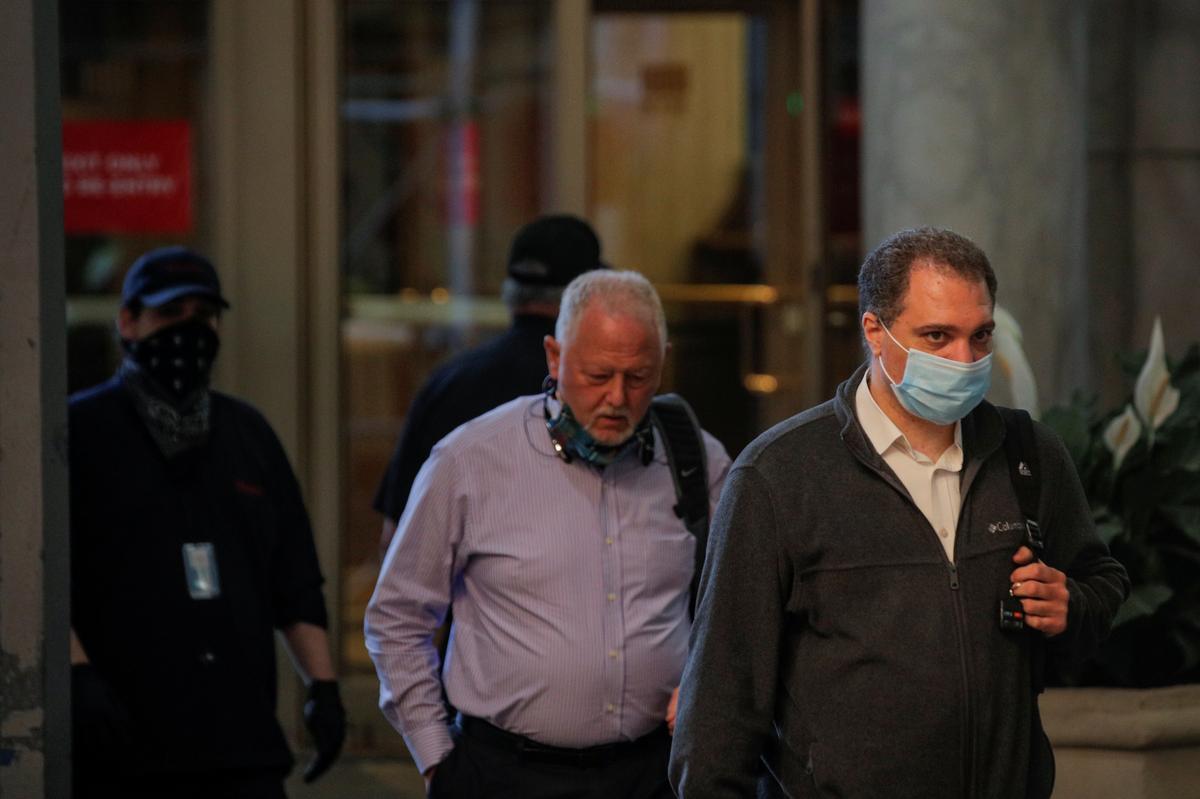 NEW YORK (Reuters) – Wall Street gained ground on Wednesday as signs of economic recovery helped investors look past spiking pandemic data and the potential of a new round of economic lockdowns.

With all three major U.S. stock indexes on course to post their fourth consecutive day of gains, the S&P 500 and the Dow are now within about 7% and 11% of their respective record closing highs reached in February.

Tech shares led the Nasdaq’s more robust gain, and the index was hovering within half a percentage point within its all-time closing high reached on June 10.

An inexpensive, common steroid called dexamethasone can help save critically ill COVID-19 patients, according to a clinical trial in Britain, a development that prompted the World Health Organization to update its treatment guidelines.

Still, worries over a resurgence in the pandemic’s spread persist, as a record spike in new cases was reported in six U.S. states and authorities in Beijing have ramped up mobility restrictions in their efforts to contain a new COVID-19 outbreak.

“The V-shaped (economic) recovery is possible,” said Tim Ghriskey, chief investment strategist at Inverness Counsel in New York. “But the pickup in infections we’re seeing across the sunbelt would likely negate a W-shaped recovery for a much more gradual, U-shaped, or perhaps W-shaped if the infection rate keeps accelerating.”

U.S. Federal Reserve Chair Jerome Powell is due to wrap up two days of congressional testimony, during which he pledged the central bank will use its “full range of tools” to help that recovery along.

On the economic front, while housing starts increased at a slower-than-expected pace in May, building permits saw a more robust rebound and applications for loans to purchase homes surged last week to a near 11-1/2-year high last week, according to separate reports from the U.S. Commerce Department and the Mortgage Bankers Association.

Of the 11 major sectors in the S&P 500, eight were in the black, with tech and consumer discretionary seeing the largest percentage gains.

Travel-related companies, battered particularly hard by shutdowns, were in the red, with the S&P 1500 Airline index sliding 1.6%.

Cruise operator Norwegian Cruise Line Holdings Ltd extended the suspension of its voyages through September, sending its stock down 7.2%.

Declining issues outnumbered advancing ones on the NYSE by a 1.10-to-1 ratio; on Nasdaq, a 1.15-to-1 ratio favored decliners.

Trump Can Still Be Impeached After He Leaves Office
UPDATE: YouTube and Rumble(?) Remove GP Video Investigation of Antia-BLM Organizer John Sullivan
How Biden Can Avert a Crisis in North Korea
FAA chief issues stern warning to travelers after politically motivated flight disruptions
The Supreme Court Can, Should, and Will Stay Out of Impeachment