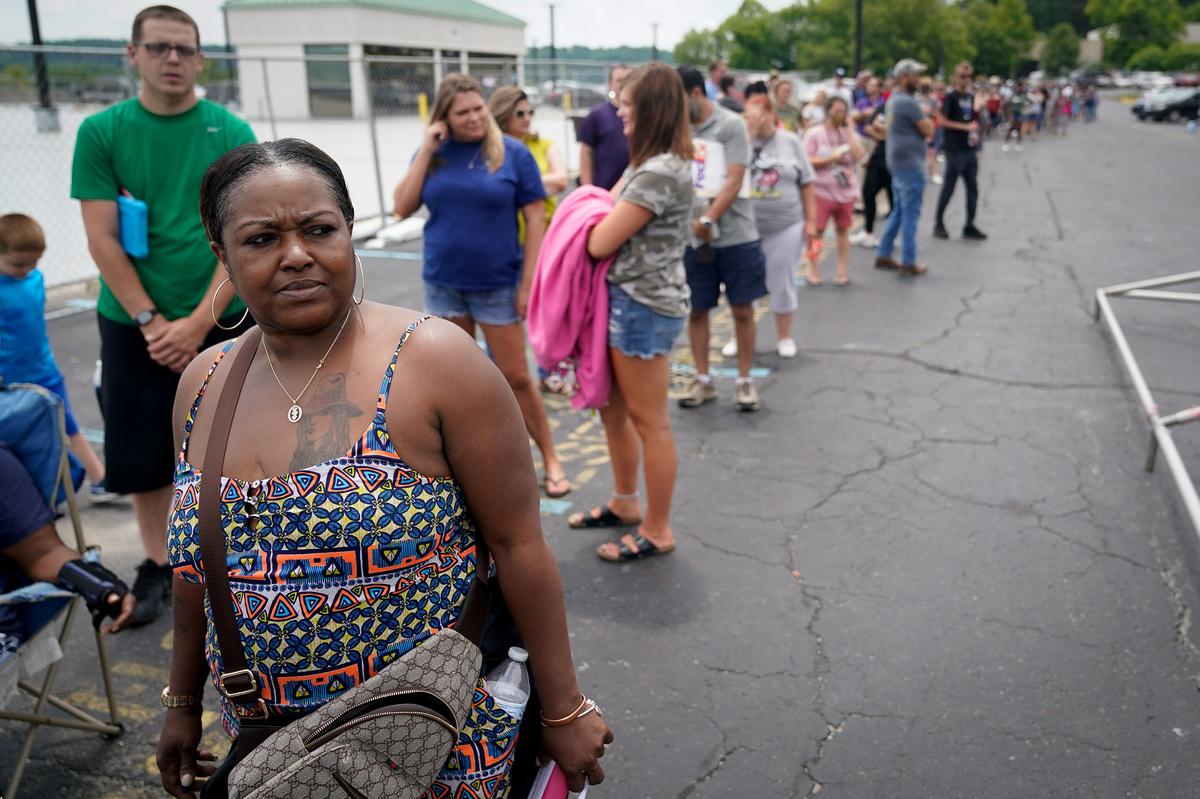 Rose Carter, of Lexington, waits in a line outside a temporary unemployment office established by the Kentucky Labor Cabinet at the State Capitol Annex in Frankfort, Kentucky, U.S. June 17, 2020. REUTERS/Bryan Woolston

FRANKFORT, Ky. (Reuters) – Hundreds of people who lost jobs during the coronavirus crisis but have been unable to get their unemployment insurance checks converged at the Kentucky’s Capitol in Frankfort early Wednesday to seek in-person help.

Margaret Wells worked in retail in Louisville and has been unemployed since April. She has not been able to get anyone on the phone to answer questions about the status of her application for benefits. She has three kids and drove about an hour to come to the clinic. “I just need to talk to someone, that’s all I came all this way to do,” she said.

States have been overwhelmed with the tens of millions of unemployment insurance benefits claims filed during the crisis, with the surge in demand crashing computer systems, clogging phone lines and creating backlogs of pending applications.

Though more than 20 million Americans are currently receiving checks, many others have been unable to access their benefits, and struggle to pay for food and rent.

Kentucky opened the temporary unemployment benefits office on Tuesday afternoon to help people resolve problems filing their claims, and on Wednesday Kentucky Governor Andy Beshear said it would stay open through this week. “No one in state government will be happy until every resident has the benefits they deserve,” he said in a press conference.

Whitney Jackson came from Lexington, about an hour’s drive away.

Her last day at work was March 6, before the university where she worked closed for spring break. It never reopened. When Jackson tried to file for unemployment insurance, she was not able to upload the documents to verify her identity. So when she heard that the state would offer in-person help, she said, “at 5 o’clock this morning, I was up and ready.”

After waiting in line for hours, it was a successful visit. “I got my money!” she said afterwards.