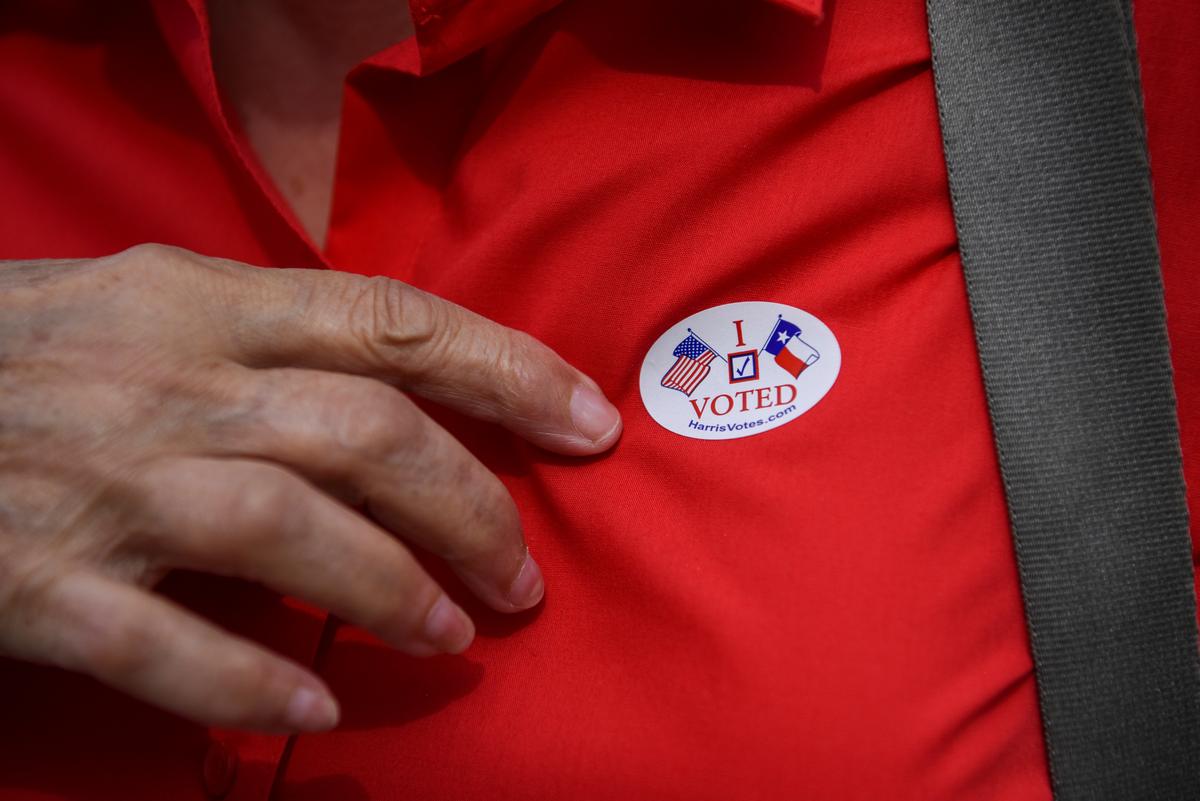 A woman places a sticker on her shirt as voters cast their ballot in the Democratic primary election at a polling station in Houston, Texas, U.S. March 3, 2020. REUTERS/Callaghan O’Hare

AUSTIN, Texas (Reuters) – The Texas Democratic Party said on Tuesday it asked the U.S. Supreme Court to accept its case seeking to expand vote-by-mail in the state ahead of this year’s elections, saying the coronavirus pandemic is likely to discourage turnout at the polls.

The move comes after a series of defeats in federal and state courts that upheld Texas law blocking provisions allowing voters to mail their ballots if they fear contracting the virus.

Early voting begins on June 29 for the July 14 primary run-offs in Texas. State law makes mail-in ballots available only for people 65 and older or if a citizen meets specific disability guidelines.

The Texas Democrats are asking the Supreme Court to lift a ruling by the 5th Circuit of Appeals earlier this month that blocked a federal judge’s decision that would have allowed any voter who feared contracting the coronavirus to vote by mail.

The party is also asking the court to take up the case in the fall on the merits of its assertion that Texas’ vote-by-mail law violates the 26th Amendment of the Constitution, giving citizens 18 years of age and older the right to vote.

The Texas Supreme Court last month ruled in a similar case brought by Democrats in state courts that fear of the coronavirus alone does not qualify someone to vote by mail.

Texas Democrats are looking to expand turnout during the pandemic. The party hopes to gain more ground on Republicans, who have slipped recently after holding a lock on Texas politics for decades.

Democrats made gains in the 2018 mid-term elections at the state and federal congressional levels, and are confident that if they could get more ballots counted, they would win more elections.

At least 67 people are known to have become infected with the coronavirus after voting or working at polls during Wisconsin’s recent election, according to the state’s health department, though some may have been exposed elsewhere, officials said.