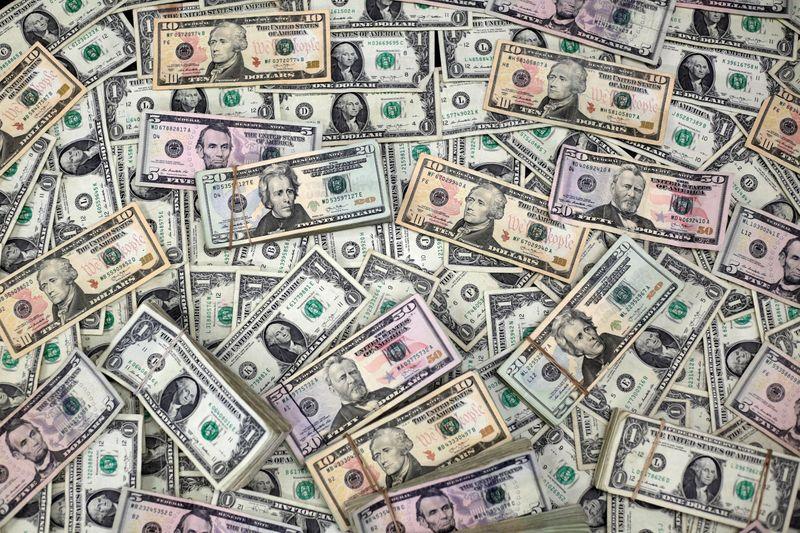 TOKYO (Reuters) – The dollar held firm against many of its rivals on Wednesday after U.S. retail sales jumped far more than expected in May, while risk-sensitive currencies were hobbled by concerns about the coronavirus and diplomatic tensions in Asia.

Federal Reserve chairman Jerome Powell also doused some of the rosy expectations on Tuesday, as he painted a rather bleak picture of the U.S. economy.

“In Asia, there is a bit of risk-off mood following a renewed outbreak of coronavirus in Beijing and also some geopolitical tensions in the region,” said Kyosuke Suzuki, director of currencies at Societe Generale.

China sharply ramped up restrictions on people leaving the capital on Tuesday in an effort to stop the most serious coronavirus flare-up since February from spreading to other cities and provinces.

North Korea on Tuesday blew up a joint liaison office set up in a border town in 2018 to foster better ties with South Korea, while India’s army said 20 of its soldiers had been killed in clashes with Chinese troops at a disputed border site in the western Himalayas.

Against the yen, the dollar was little changed at 107.39 yen, stuck in a narrow range so far this week.

The surge in retail sales last month recouped 63% of March and April’s decreases, raising hopes of a quick recovery in the consumption, the driver of the U.S. economy.

Still, Fed chairman Powell had a word of caution in his testimony at Congress, saying a full U.S. economic recovery will not occur until the American people are sure that the novel coronavirus epidemic has been brought under control.

Biden Says Trump Not Attending His Inauguration Is ‘a Good Thing’
‘March For Reparations’ And ‘Armed Protests’ Expected In Washington, DC On Inauguration Day
ABC, CBS Glad GOPer Backing Impeachment, Ignore Dem Pumping Brakes
What You Need to Know About Big Tech’s Crackdown on Trump, Parler
‘The Good Doctor’s Christian Resident on Abortion: ‘I Don’t Regret It,’ ‘God Forgave Me’