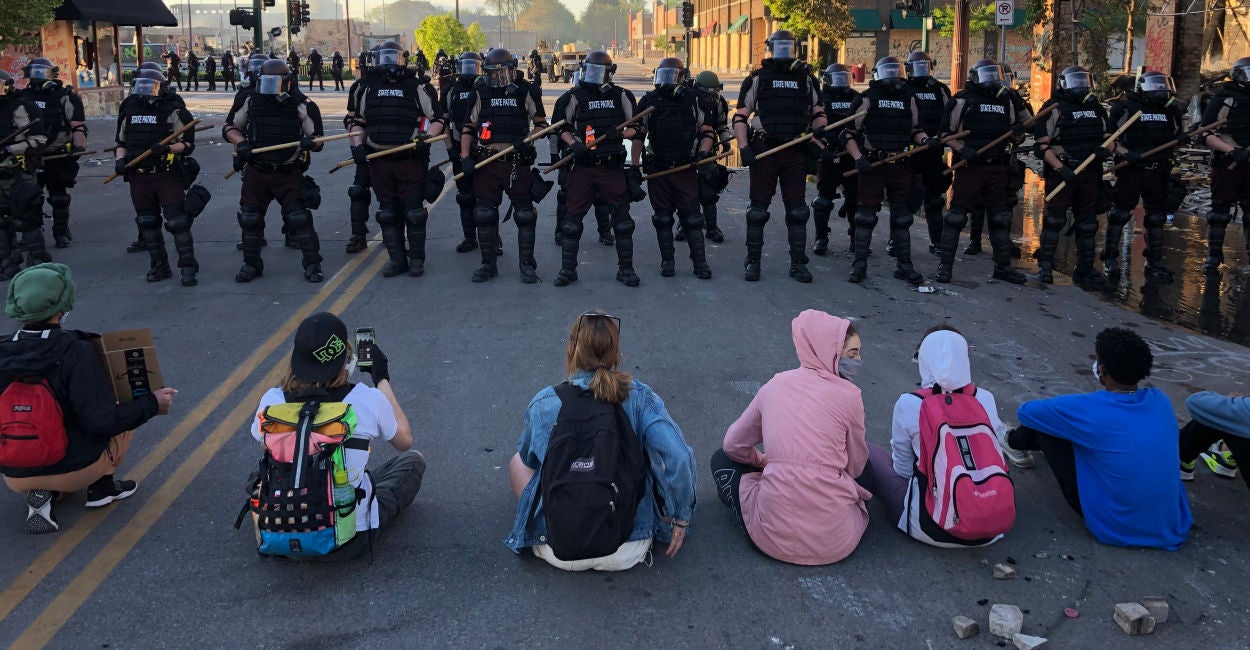 Over this weekend, there were protests over the death of George Floyd, the African American man who died after a Minneapolis police officer had his knee on Floyd’s neck for an extended period of time. There was also the launch of the Crew Dragon by SpaceX and NASA, the first time in almost ten years that Americans have traveled to space from U.S. soil.

It was, in short, a memorable weekend. Here are some of the photos that capture this history-making weekend:

As the country grappled with Floyd’s death, there was excitement in Florida for a new launch into space.

The Rise of the Religious Left
Analytics Finally Brought the Cleveland Browns Back to the Playoffs
The Republican Party’s Death Drive
Biden Inaugural: National Guard Troops Authorized to Use Lethal Force as D.C. Turns Into Police State
Horowitz: How Republicans can get rid of Trump for good