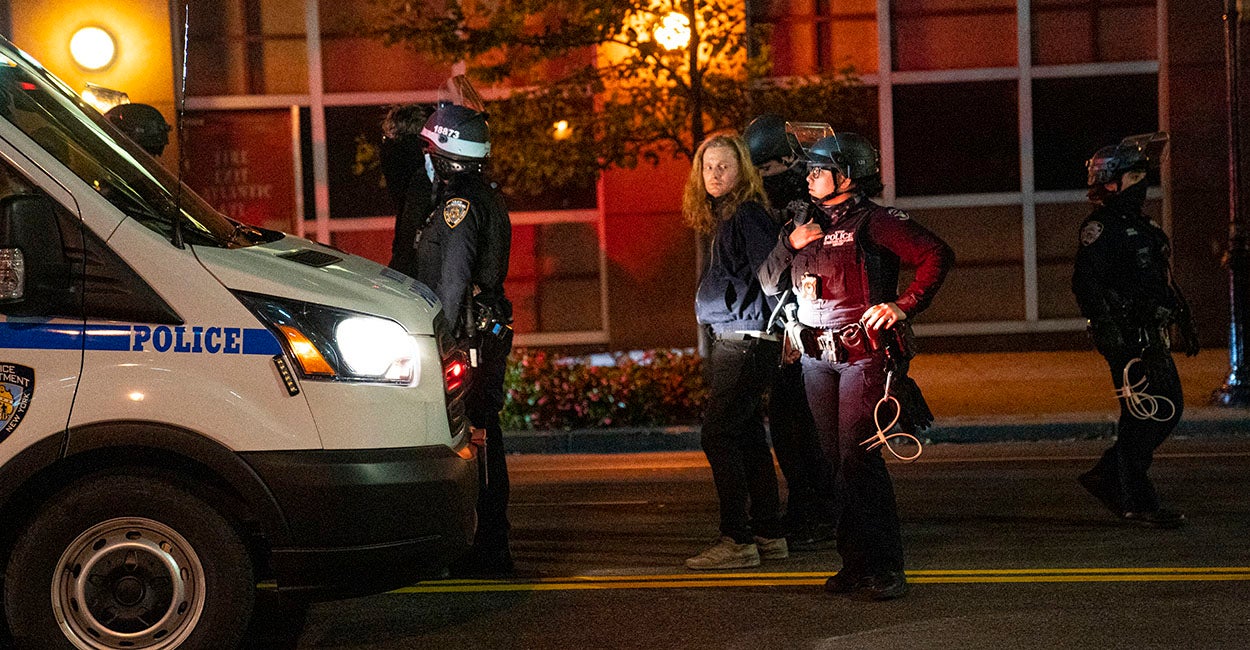 Around 200 violent demonstrators were seen parading through the streets with one man holding a burning American flag, according to the New York Post and videographer Lanier “Issa” Lewis. An individual reportedly accelerated through a police line after officers confronted the driver, leaving one cop with a leg injury, the Post reported.

“Burn the precinct to the ground, every city, every town!” the group chanted, as they moved through the boroughs, according to the Post.

Rioters hurled bottles and rocks at uniformed officers, and a man reportedly swiped a pumpkin from a resident’s stoop and plunged it through a car window, the New York outlet reported. The group also busted windows of an Urban Outfitters and a Bank of America in addition to vandalizing several other buildings with graffiti, according to the Post.

Nearly 30 members of the riot were arrested by law enforcement after the New York City Police Department caught up with the group.

Nationwide unrest has surged following the death of Walter Wallace Jr., who was allegedly shot by Philadelphia police after he law enforcement received a call about a man with a knife, according to NBC Philadelphia. Cops repeatedly instructed Wallace Jr. to drop his blade before he was gunned down, the local outlet reported.

CDC Director Says School Is ‘One of the Safest Places’ for Children
Hey, Remember When Media Outlets Were Concerned About Vote Fraud?
Kelly Loeffler quarantining after mixed results from testing for coronavirus in Georgia
Civil War II, Here We Come
Donald Trump Elector Strategy: Why He Won’t Openly Advocate It