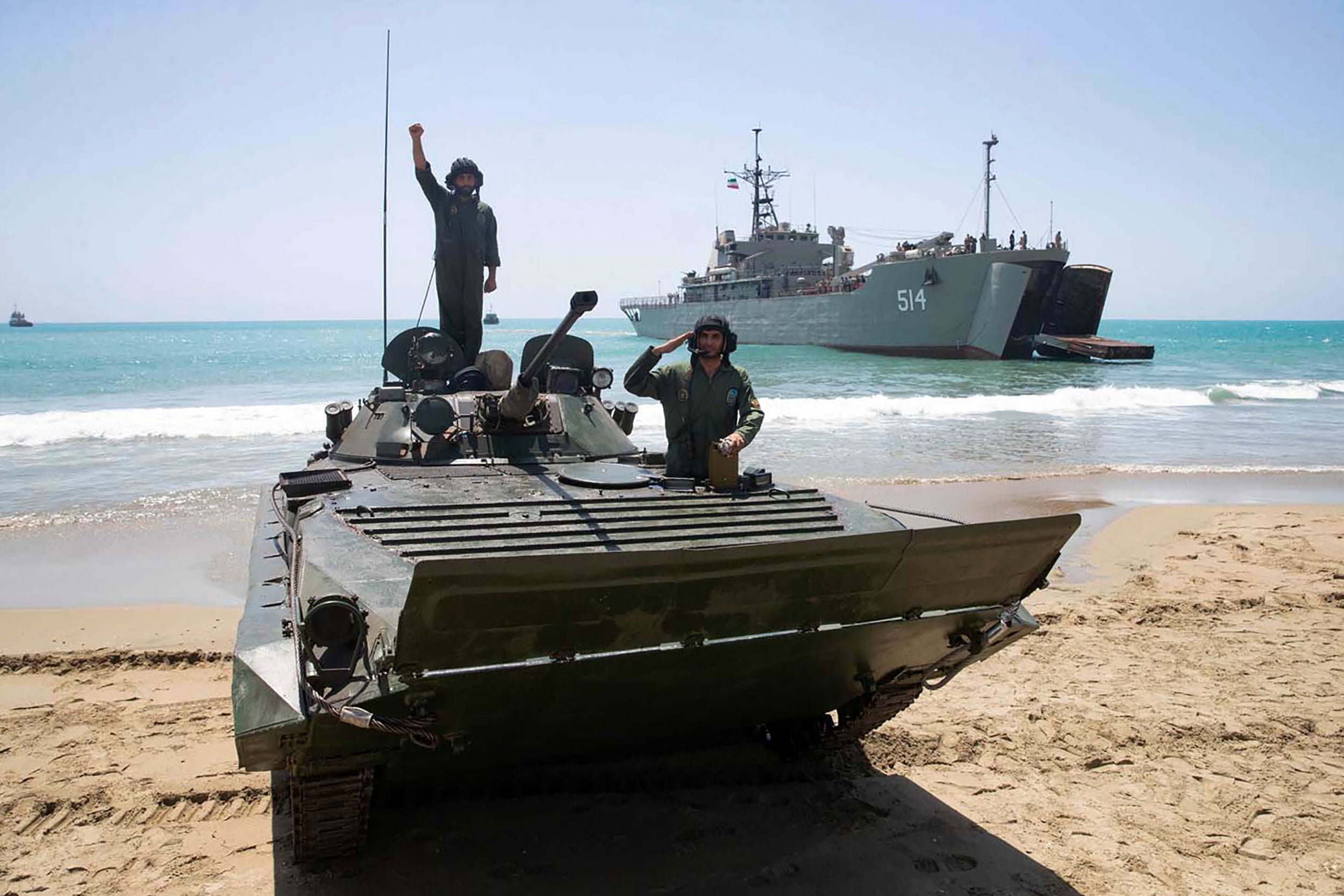 Tehran’s Revolutionary Guard Corps is reinforcing its navy in the vicinity of the Strait of Hormuz.

Iran’s aggressive presence in one of the world’s most important regions remains a pressing threat that the international community cannot afford to ignore.

We can avoid a costly conflict down the road by paying attention to the signs of escalation now.

Iran’s Islamic Revolutionary Guard Corps on Sept. 23 opened a new naval base on the eastern entrance to the Strait of Hormuz. The Strait connects the Persian Gulf and the Sea of Oman, stretching just 21 miles at its narrowest point.

The new base, called Shaheed Rahbari, straddles the crucial shipping chokepoint and is intended to give the Revolutionary Guard Corps greater ability to influence the channel’s traffic.

In order to prevent a conflict with far-reaching consequences, the United States needs to bring attention to the Revolutionary Guard Corps’ gathering naval strength near the Strait of Hormuz. But for deterrence to be effective, other nations need to help shoulder the responsibility that is rightfully theirs.

The Strait of Hormuz is the busiest passageway in the world for oil tankers and a vital passageway for container ships. In 2018, an average of 21 million barrels of oil traveled through the Strait daily. Almost 20% of global oil consumption depends upon the Strait.

The Heritage Foundation’s Index of Military Strength, the next installment of which comes out on Nov. 17, reminds us today that the Revolutionary Guard Corps needs to be recognized for what it is; namely, the chief potential threat to peaceful economic activity in the Strait of Hormuz.

Iran has attacked shipping vessels in the Strait before. Tehran deployed mines against oil tankers in the “Tanker War” of the 1980s.

Fast-forward to May 2019. The Revolutionary Guard Corps launched attacks damaging four commercial ships, then repeated those attacks on two more vessels the next month.

As Heritage Foundation experts have emphasized, the response to Revolutionary Guard Corps provocations near the Strait of Hormuz needs to be a collective effort on both the specific and general issues.

Tehran also funnels those weapons to militias it controls, such as the Kataib Hezbollah in Iraq and the Houthis in Yemen, which are arguably more dangerous for the destabilization they cause in other conflicts.

U.S. sanctions alone cannot completely curb Tehran’s encroachment in the Gulf or its support of proxy groups aggravating other conflicts.

Iran’s maritime intimidation campaign in the Persian Gulf points to the broader need for multinational cooperation when dealing with Tehran on all fronts.

European nations and the Gulf States have the most to lose from a security crisis, so they need to be part of a security solution.

Though it may not be making major headlines, Iran’s strategic investment in and positioning of the Revolutionary Guard Corps in the Strait of Hormuz merit international attention and a multinational response.

Left too long ignored, this minor inconvenience could all too easily escalate into an international crisis.