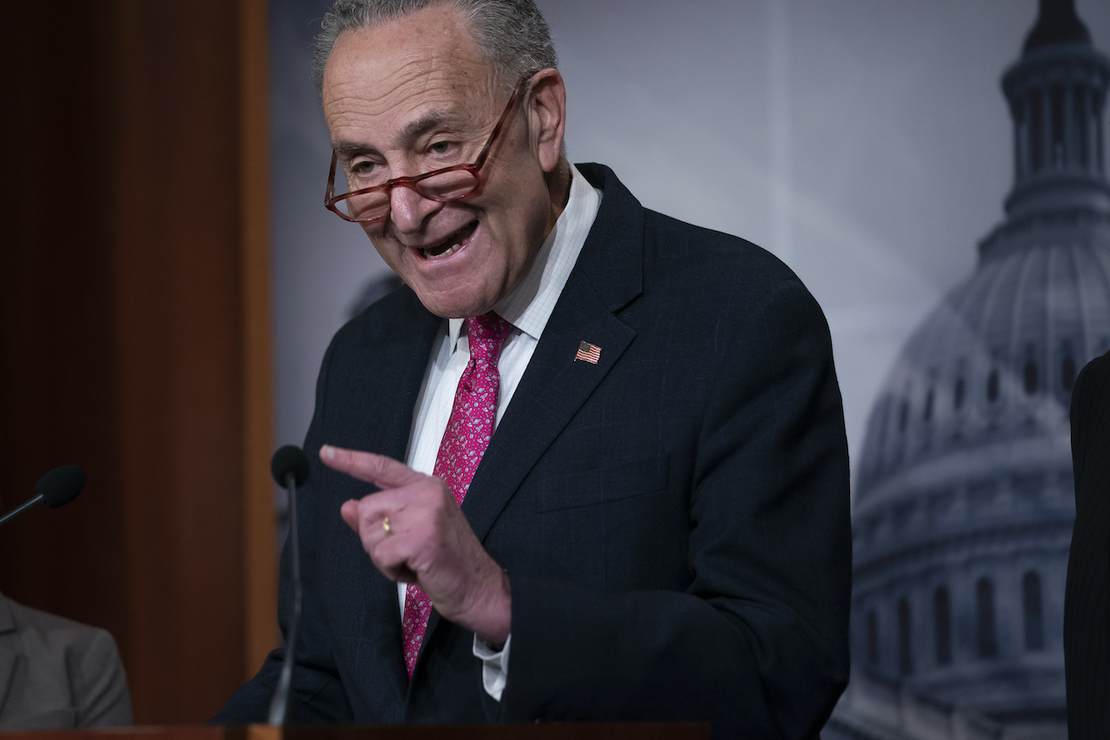 During the confirmation hearings for President Donald Trump’s Supreme Court nominee, Amy Coney Barrett, Senate Democrats repeatedly condemned Senate Republicans for focusing on Barrett as opposed to a relief bill during the coronavirus pandemic. This grandstanding notwithstanding, Senate Democrats proceeded to block a “clean” COVID-19 stimulus bill on Wednesday.


Senate Republicans pushed a $500 billion stimulus bill that included funds for a second Paycheck Protection program targeted to small businesses, a $300 per week supplemental unemployment insurance benefit, and liability protections for businesses. The bill did not include another round of direct stimulus payments to individuals.

The bill failed in a 51-44 party-line vote, falling short of the 60 votes required, thanks to Senate Democrats.

The failed vote comes as House Speaker Nancy Pelosi (D-Calif.) and Treasury Secretary Steve Mnuchin are negotiating for a last-ditch relief deal before the 2020 election.

Although the Senate vote may have been mostly symbolic, it did counter the Democrats’ grandstanding during the Barrett hearings.

Pelosi’s $3 trillion bill in May included a repeal of parts of the Trump tax cuts, a gambit to tie Trump’s hands on inspectors general, “environmental justice grants,” voting by mail for the 2020 election, LGBT training, a hate crimes bill, and extra unemployment benefits that would cost the economy 13.9 million jobs, according to the Heritage Foundation.


Pelosi has consistently played political games with COVID-19 stimulus efforts. In doing so, she echoed Rep. Jim Clyburn (D-S.C.), Joe Biden, Hillary Clinton, and many others urging Democrats to take advantage of the suffering of millions of Americans. Despicable.

After Pelosi’s shenanigans, Democrats are attempting to blame President Donald Trump for obstruction on a COVID-19 stimulus bill, accusing him of focusing on Barrett instead. Americans cannot let Democrats get away with this false gambit.

Tyler O’Neil is the author of Making Hate Pay: The Corruption of the Southern Poverty Law Center. Follow him on Twitter at @Tyler2ONeil.

Hillary Clinton on Coronavirus and Universal Health Care: ‘This Would Be a Terrible Crisis to Waste’

Biden: Coronavirus Is a ‘Wake Up Call’ on ‘Climate Change,’ an ‘Opportunity’ for ‘Institutional Change’