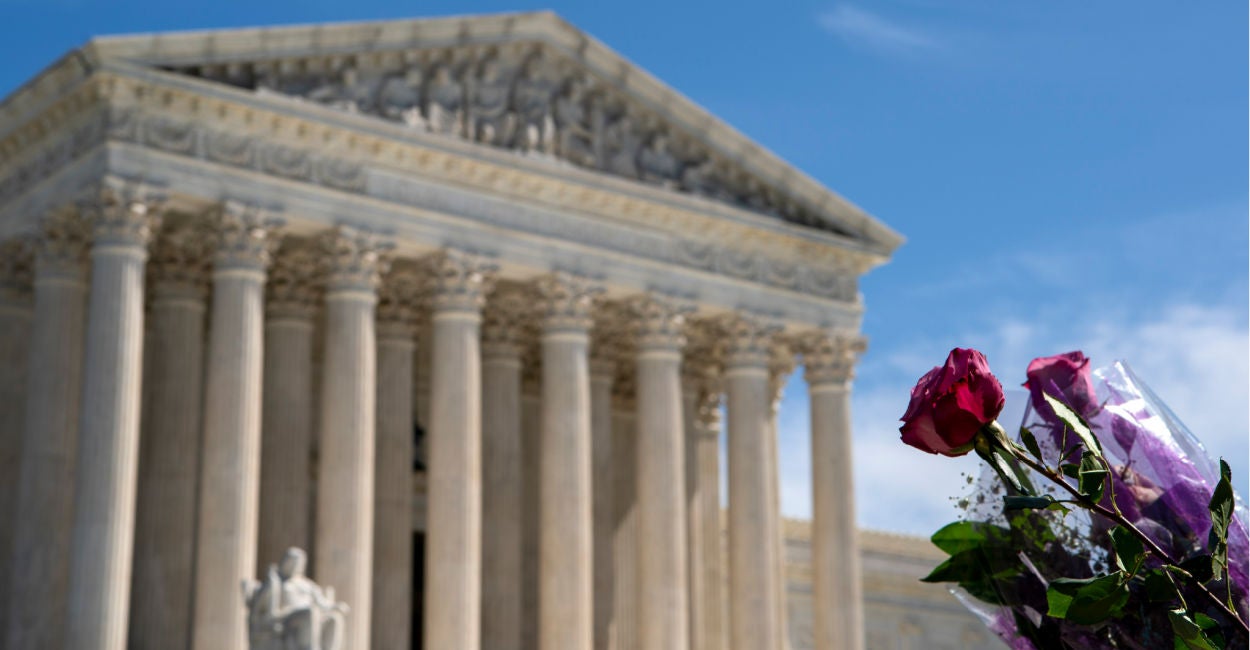 With the unexpected death of Justice Ruth Bader Ginsburg Friday, Republicans face a tight timeline to get a new Supreme Court justice in place before the election.

Even as the nation mourns the death of Ginsburg, who served on the Court for twenty-seven years, lawmakers have begun to talk about next steps. Here’s what you need to know.

Talking to reporters Saturday, President Donald Trump indicated he would swiftly name a nominee. “I think we’re going to start the process extremely soon, and we’ll have a nominee very soon,” Trump said.

Asked in a follow-up question if the decision would be made next week, Trump said, “I think the choice will be next week, yes.  I do.  I do.”

The president also tweeted about moving forward “without delay”.

Senate Majority Leader Mitch McConnell is clear that he intends for the Senate to give Trump’s nominee a vote, quickly.

In 2016, McConnell did not allow a vote for then-President Barack Obama’s Supreme Court nominee, Merrick Garland. In a statement issued Friday night, McConnell explained why he does not see 2020 as analogous to 2016:

In the last midterm election before Justice [Antonin] Scalia’s death in 2016, Americans elected a Republican Senate majority because we pledged to check and balance the last days of a lame-duck president’s second term. We kept our promise. Since the 1880s, no Senate has confirmed an opposite-party president’s Supreme Court nominee in a presidential election year.

By contrast, Americans reelected our majority in 2016 and expanded it in 2018 because we pledged to work with President Trump and support his agenda, particularly his outstanding appointments to the federal judiciary. Once again, we will keep our promise.

President Trump’s nominee will receive a vote on the floor of the United States Senate.

“He said we had to trust the American people and give the voters a voice in the last Supreme Court selection when President Obama nominated Merrick Garland,” Clinton told ABC’s “This Week.”

“Today it seems that Sen. McConnell has lost his faith in the judgment of the American people and wants to hurry up and put somebody on the court,” Clinton added.

Former President Barack Obama also referenced Garland in a statement over the weekend that urged the Senate to delay voting on a new justice:

Four and a half years ago, when Republicans refused to hold a hearing or an up-or-down vote on Merrick Garland, they invented the principle that the Senate shouldn’t fill an open seat on the Supreme Court before a new president was sworn in.

A basic principle of the law — and of everyday fairness — is that we apply rules with consistency, and not based on what’s convenient or advantageous in the moment. …  As votes are already being cast in this election, Republican senators are now called to apply that standard.

3. Nominee Expected to be a Woman

Speaking at a rally in Fayetteville, North Carolina Trump said he planned to nominate a woman.

“It will be a woman, a very talented, very brilliant woman,” Trump said Saturday, adding, “We haven’t chosen yet, but we have numerous women on the list.”

Two of the most-talked about women from Trump’s Supreme Court picks lists are Amy Coney Barrett and Barbara Lagoa. Barrett currently serves as a judge on the Seventh Circuit Court of Appeals and Lagoa serves on the 11th Circuit Court of Appeals. Speaking to reporters Saturday, Trump referred to Barrett as “highly respected” and said of Lagoa, “She’s an extraordinary person.  I’ve heard incredible things about her.”

During her 2017 confirmation hearing for the Seventh Circuit Court, Barrett, a Catholic, was asked about her religious beliefs. Sen. Dianne Feinstein, D-Calif., told Barrett, “The dogma lives loudly within you, and that’s of concern.”

Lagoa ”was the first Hispanic woman to serve on the Florida Supreme Court,” according to Politico, which also reported that Lagoa “worked as a pro bono lawyer for Elian Gonzalez’s family.” Elian Gonzalez was the Cuban boy whose mother died trying to escape from Cuba, and who, after a long legal fight, was ultimately forced to leave Florida and return to Cuba to live with his father.

Democrat lawmakers are now making the case that if a Trump nominee is confirmed, they will add more justices to the Supreme Court, effectively changing the power of balance on the Court.

“If Sen. McConnell and @SenateGOP were to force through a nominee during the lame-duck session — before a new Senate and president can take office — then the incoming Senate should immediately move to expand the Supreme Court,” House Judiciary Chairman Jerry Nadler, D-N.Y., tweeted.

“Filling the SCOTUS vacancy during a lame-duck session, after the American people have voted for new leadership, is undemocratic and a clear violation of the public trust in elected officials. Congress would have to act and expanding the court would be the right place to start,” Nadler added.

Last year, Ginsburg discussed the number of justices in a NPR interview, saying “Nine seems to be a good number. It’s been that way for a long time,” and adding, “I think it was a bad idea when President Franklin Roosevelt tried to pack the court.”

5. 2 GOP Senators Against Confirming a Nominee Before the Election

Sens. Lisa Murkowski, R-Alaska, and Susan Collins, R-Maine, have indicated they will not vote to confirm any Supreme Court nominee prior to the election.

For weeks, I have stated that I would not support taking up a potential Supreme Court vacancy this close to the election. Sadly, what was then a hypothetical is now our reality, but my position has not changed. I did not support taking up a nomination eight months before the 2016 election to fill the vacancy created by the passing of Justice [Antonin] Scalia. We are now even closer to the 2020 election — less than two months out — and I believe the same standard must apply.

Collins said in a statement, “In order for the American people to have in their elected officials, we must act fairly and consistently — no matter which political party is in power.” She added:

Given the proximity of the presidential election, however, I do not believe that the Senate should vote on the nominee prior to the election. In fairness to the American people, who will either be re-electing the president or selecting a new one, the decision on a lifetime appointment to the Supreme Court should be made by the president who is elected in Nov. 3.

There are 53 Republican senators, and for a nominee to be confirmed, assuming Vice President Mike Pence acts as the tie-breaker, there must be 50 votes in support of the nominee.

Sen. Ted Cruz, R-Texas, urged a swift confirmation process, noting the dangers of an 8-justice Supreme Court should the nation face an election similar to the one in 2000.

“As we approach what is likely to be a contested election that hangs in the balance of the Supreme Court, our nation is at risk of a constitutional crisis without nine justices on the bench,” Cruz wrote in an op-ed for Fox News, adding:

Twenty years ago, I was part of the legal team that litigated Bush v. Gore and went to the Supreme Court.

For thirty-six days, the country did not know who the president was going to be, and if we had had a four-four court it could have dragged on for weeks and months. In the midst of deadly pandemic, economic devastation, and violent riots erupting across the country, that is the last thing the American people need.

After ABC News’ George Stephanopoulos suggested that some are saying Democrats could impeach Trump or Attorney General Bill Barr to slow down the confirmation process, House Speaker Nancy Pelosi refused to say she wouldn’t use that method.

“We have our options. We have arrows in our quiver that I’m not about to discuss right now,” Pelosi said Sunday.

“Our main goal would be to protect the integrity of the election as we protect the people from the coronavirus,” she added.