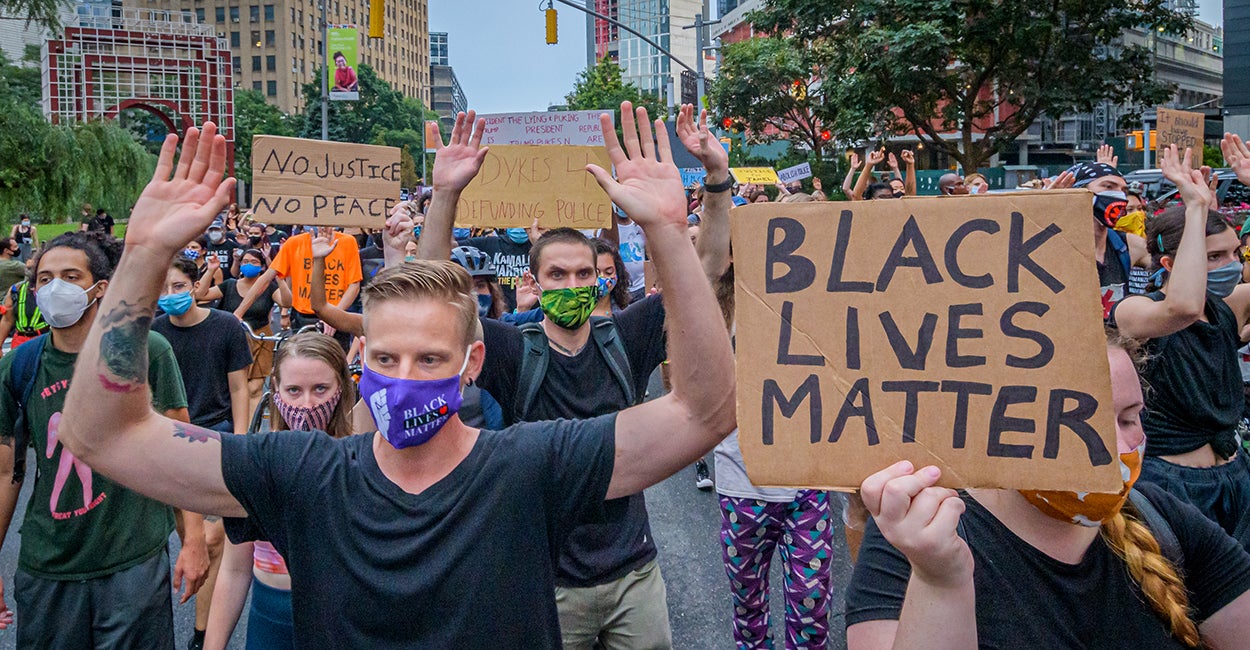 Support for the Black Lives Matter movement has fallen since June, dropping more than 12 percentage points over the past three months among non-black Americans, according to a poll published Thursday.

Roughly 55% of American adults said that they supported BLM in September, compared to 67% of people who said the same thing in June, according to a poll from the Pew Research Center. White American support fell the most, dipping from 60% in June to 45% in September, the poll found.

Hispanic American support for BLM decreased from 77% to 66%, while Asian Americans have cooled to the movement as well, with support dropping from 75% to 69% since June.

The poll comes nearly four months after the death of George Floyd, a black man who died in late May after a white officer kneeled on his neck for nearly nine minutes, per video of the incident.

The poll draws from data collected in a panel conducted Sept. 8 to Sept. 13. A total of 10,093 panelists responded out of 11,506 who were sampled, with a margin of sampling error for the full slate of respondents falling at plus or minus 1.6 percentage points.

Support for BLM among Republicans fell from 37% in June to 16% as of September, while support among Democrats has remained high, decreasing slightly from 92% in June to 88% this month.

Demonstrations and riots followed the death of Floyd and the shooting of Jacob Blake, a black man who was shot in the back multiple times in August by cops.

Blake told investigators after the shooting that he had a knife in his possession at the time of the incident, according to the Wisconsin Department of Justice.

Support for demonstrations against police shootings stood at 61% approval to 36% disapproval in June, but both figures changed to 48% in August, according to a Marquette Law School poll published in August. That poll was conducted prior to protests in Kenosha, Wisconsin, which began after police shot Blake.

Content created by The Daily Caller News Foundation is available without charge to any eligible news publisher that can provide a large audience. For licensing opportunities of this original content, email [email protected].

Miles Taylor: ‘NYT’ Exaggerated the Stature of Anonymous and the Rest of Media Built Him Up Even Further
Is the Air Force In Danger of Losing the Skies?
NASA Moon Mission: Agency Should Outsource More to Private Sector
Apple Developing Search Engine As Google Comes Under Antitrust Scrutiny: Report
Biden’s Fracking Ban — Energy Policy Would Destroy American Energy Renaissance