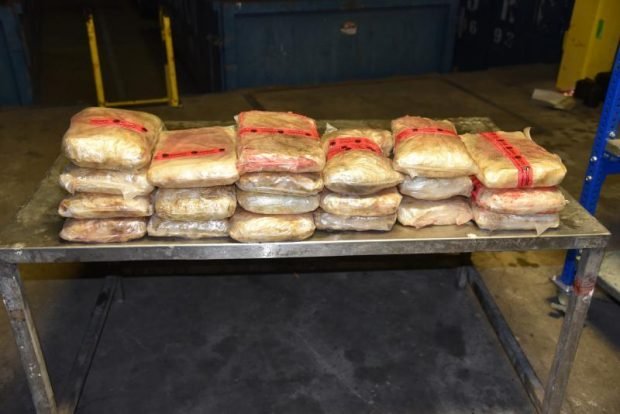 in Customs, Border and Immigration News, In The News, Syndicated Posts

LAREDO, Texas – U.S. Customs and Border Protection (CBP) Office of Field Operations (OFO) officers intercepted a trailer containing methamphetamine with an estimated street value of more than $1.8 million at the World Trade Bridge over the weekend.

“Intercepting narcotics is an important part of the mission of Customs and Border Protection and now these drugs are off the streets,” said Andrew Douglas, Acting Port Director, Laredo Port of Entry.

The enforcement action occurred on Friday, September 11th when CBP officers assigned to the cargo facility intercepted an empty trailer arriving from Mexico. The 1999 Wabash National trailer was referred for a canine and non-intrusive imaging system inspection, resulting in the discovery of 92.99 pounds of alleged methamphetamine discovered within the trailer.

CBP officers seized the narcotics and the trailer.  The cases were turned over to U.S. Immigration and Customs Enforcement-Homeland Security Investigations (ICE-HSI) special agents for further investigation.

Content created by Conservative Daily News is available for re-publication without charge under the Creative Commons license. Visit our syndication page for details and requirements.