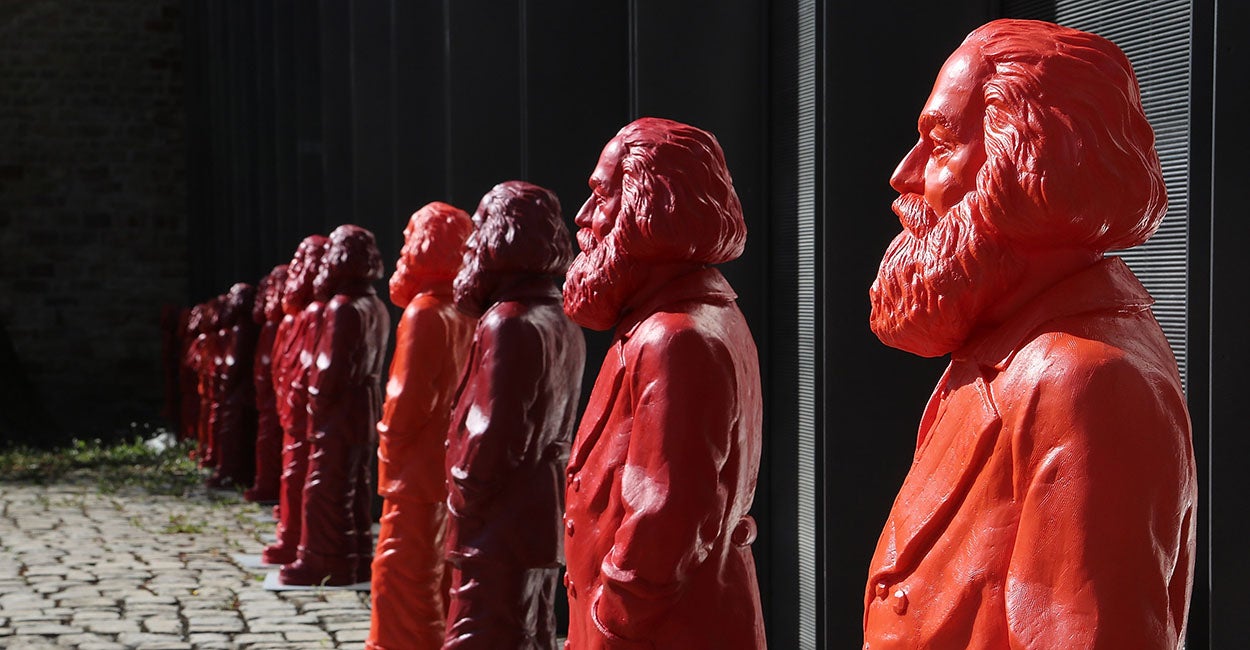 Paul Kengor is a professor of political science at Grove City College in Grove City, Pennsylvania. He has just published “The Devil and Karl Marx,” a careful look at the diabolical side of Karl Marx.

The book has come out during an important time in our history since so many Americans, particularly our youth, have fallen for the seductive siren song of socialism taught to them by the academic elite.

“The Black Book of Communism,” edited by Stephane Courtois details the Marxist-Leninist death toll in the 20th century. Here is the breakdown: USSR, 20 million deaths; China, 65 million; Vietnam, 1 million; North Korea and Cambodia, 2 million each; Eastern Europe, 1 million; and about 3.5 million in Latin America, Africa, and Afghanistan. These figures understate those detailed by professor R.J. Rummel in “Death by Government.”

The world’s intellectual elite readily focus on Adolf Hitler’s murderous atrocities but ignore those of the world’s socialists. Mao Zedong has been long admired by academics and leftists across our country. They often marched around singing his praises and waving his little red book, “Quotations from Chairman Mao Tse-tung.”

Whether it’s the academic community, the media elite, stalwarts of the Democratic Party, or organizations such as the National Association for the Advancement of Colored People, the National Council of La Raza, Green for All, the Sierra Club, and the Children’s Defense Fund, there is a great tolerance for the ideas of socialism—a system that has caused more deaths and human misery than all other systems combined.

Today’s leftists, socialists, and progressives would bristle at the suggestion that their agenda differs little from those of Nazi, Soviet, and Maoist mass murderers.

Keep in mind that one does not have to be in favor of death camps or wars of conquest to be a tyrant. The only requirement is that one must believe in the primacy of the state over individual rights.

Kengor highlights another feature of Marx ignored by his followers. This feature of Marxism should be disturbing to Black Lives Matter co-founder Patrisse Cullors, who said that she and her fellow organizers are “trained Marxists.” I wonder whether she shares Marx’s views on race. Marx’s son-in-law, Paul Lafargue, was viewed as having Negro blood in his veins. Marx denigrated him as “Negillo” and “The Gorilla.”

Marx had similar hate for Jews. He referred to his fellow socialist labor organizer Ferdinand Lassalle as a “greasy Jew,” “the little kike,” “water polack jew,” and “Jewish n—-r.” In 1844, Marx wrote an essay titled “The Jewish Question” in which he asks, “What is the worldly cult of the Jew?” His answer: “Haggling. What is his worldly god? Money.”

Down through the years, leftists made a moral equivalency between communist/socialist totalitarianism and democracy.

W. E. B. Du Bois, writing in the National Guardian (1953) said, “Joseph Stalin was a great man; few other men of the 20th century approach his stature.”

Michel Oksenberg, President Jimmy Carter’s China expert, complained that “America is doomed to decay until radical, even revolutionary, change fundamentally alters the institutions and values,” and urged us to “borrow ideas and solutions” from China.

Kengor does a yeoman’s job of highlighting the evils of Marxism. The question is whether Americans will heed his lesson or fall prey to the false promises and live the horrors of socialism.

By the way, while Sweden and Denmark have a large welfare system, they have market economies—not socialist economies, as some leftists claim.

You’re A Whiner, Harry: ‘Harry Potter’ Actor NUKES Mob Calling J.K. Rowling ‘Transphobic’
Trump Calls on Senate Republicans to Support ‘Much Higher’ Coronavirus Relief Spending
If Trump had done his job on COVID from the start, “all the people would still be alive”
Poof! The Portland Riots Just Stopped. Why?
Trump Hosts Signing of Accords Between Israel and UAE, Bahrain