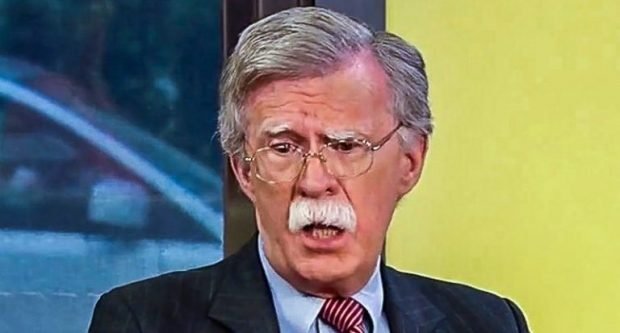 The Justice Department is investigating whether former National Security Adviser John Bolton illegally disclosed classified information in his book about his tenure in the White House, according to reports.

Federal prosecutors issued grand jury subpoenas to Bolton’s publisher and his book agent, according to The Wall Street Journal and New York Times.

According to The Journal, federal prosecutors subpoenaed Simon & Schuster and Javelin for all communications with Bolton.

Bolton, who left the White House in September 2019, is highly critical of President Trump in the book, “The Room Where It Happened.” He accuses Trump of using the office of the presidency for political gain. He also criticizes Trump for being too deferential to foreign dictators, including Chinese President Xi Jinping.

The Justice Department sued Bolton to stop publication of the book earlier this year, but a federal judge ruled against the administration on June 20. The book, released on June 23, reached #1 on the New York Times bestsellers list. Simon & Schuster has said it sold more than 780,000 copies in its first week.

Bolton authorized Simon & Schuster to publish the book even though the White House National Security Council was still conducting a review for any classified information in the memoir. Bolton has denied publishing classified information and says that the administration has tried to prevent the book from being published because it is embarrassing for Trump.

Trump has lashed out publicly against Bolton, writing on Twitter in June that Bolton “should be in jail” for disclosing “highly Classified information.”

Washed up Creepster John Bolton is a lowlife who should be in jail, money seized, for disseminating, for profit, highly Classified information. Remember what they did to the young submarine sailor, but did nothing to Crooked Hillary. I ended up pardoning him – It wasn’t fair!

Simon & Schuster and Javelin did not immediately respond to requests for comment about the subpoenas.