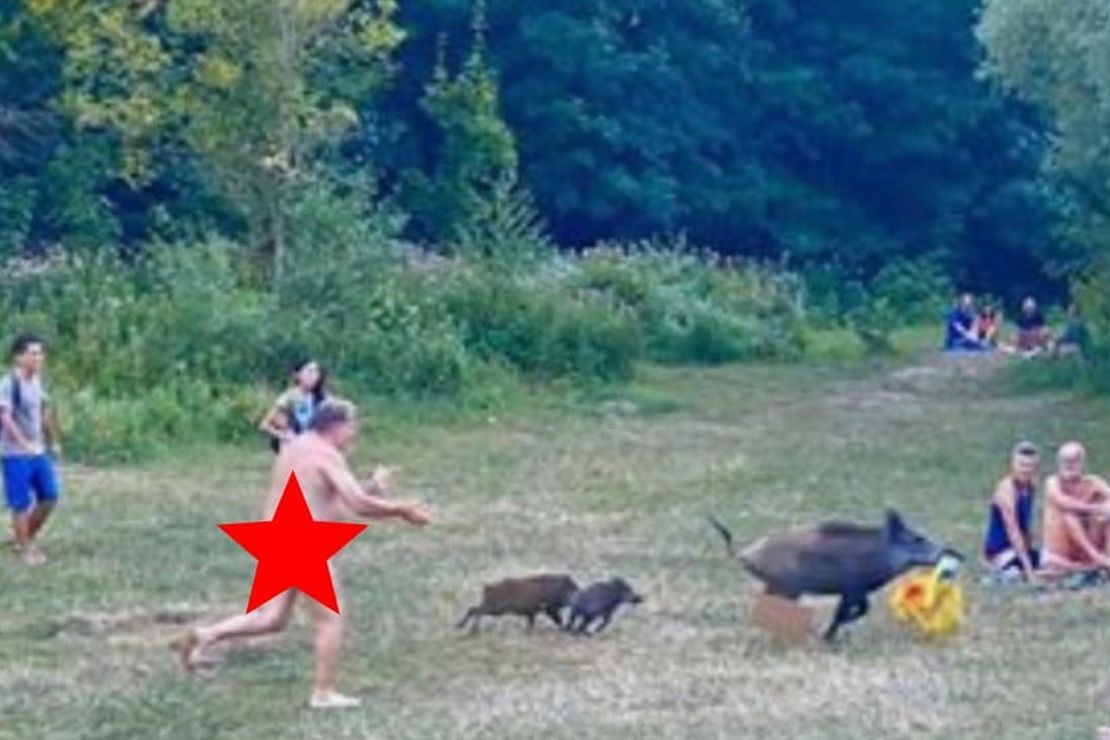 
The last time a German made anybody laugh, he had to shoot himself in the head after giving a cyanide capsule to Eva Braun. That sort of dedication to the craft has been missing ever since. But now, 75 years later, Deutsche Komödie is back!

A German nudist had the last laugh after giving chase to a wild boar that had run off with a bag containing his laptop.

Pictures posted on social media show the naked man running after a sow and her two piglets to the mirth of fellow bathers at Berlin’s Teufelssee, or Devil’s Lake.

Adele Landauer, an actor and coach who says she took the pictures, wrote that the man “gave his all.”

You really need to see it for yourself. Well, you don’t need to, but if you’re still reading this, you’re about to see it.

Berlin: a naked man chasing a wild pig and piglets through a public park because they stole a plastic bag containing his laptop.See how dangerous plastic bags are to wild life!


Talk about a couple of hams! See, this is why they invented lederhosen.

If you need a soundtrack to this unforgettable scene:

I do have questions, though:

Happy Friday, everybody. Stay safe out there, and keep an eye on your laptop while you’re letting it all hang out at the park.