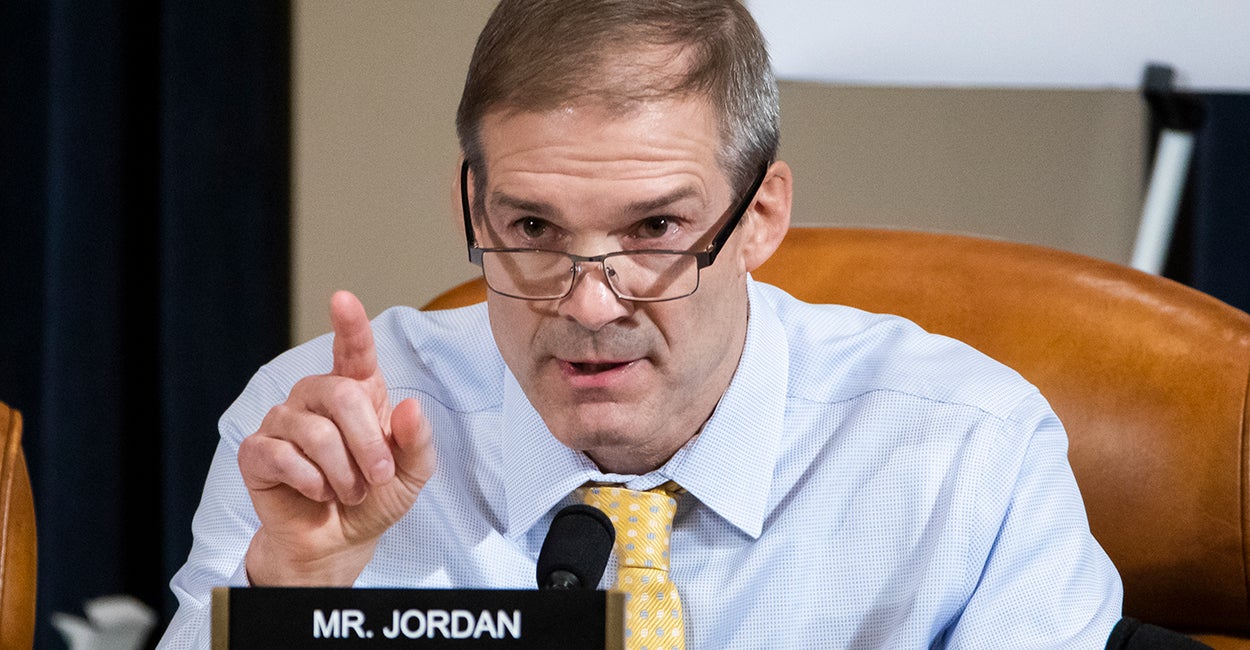 Jordan and Rep. Mike Johnson of Louisiana, another Republican on the Judiciary panel, asked Wray in a Monday letter to produce all FBI documents that refer to “Crossfire Razor,” the FBI’s code name for Flynn.

“We write to request that you immediately review the actions of the FBI in targeting LTG Flynn,” the Republicans wrote to Wray.

They sent out the letter after revelations last week that the FBI determined by early 2017 that there was no evidence Flynn, a retired lieutenant general, worked as a Russian agent during President Donald Trump’s campaign. The bureau kept the investigation open, however, at the request of Peter Strzok, the former deputy chief of FBI counterintelligence.

Other documents released last week show that top FBI officials strategized before a Jan. 24, 2017, interview with Flynn at the White House.

“What is our goal? Truth/Admission or to get him to lie so we can prosecute him or get him fired?” reads a handwritten memo from Bill Priestap, who served as the FBI’s chief of counterintelligence.

Strzok and Joseph Pientka, an FBI agent, interviewed Flynn at the White House that same day regarding his phone calls in December 2016 with Sergey Kislyak, who was at that time the Russian ambassador to the U.S.

Flynn pleaded guilty on Dec. 1, 2017, to making false statements during the interview regarding discussions about sanctions with Kislyak. He has since sought to withdraw from the guilty plea, asserting that he does not believe he lied to Strzok and Pientka in the interview.

Priestap’s letter regarding the Flynn interview was revealed as part of a review led by Jeffrey B. Jensen, the U.S. attorney for the Eastern District of Missouri. Attorney General William Barr appointed Jensen to review the Flynn investigation for any irregularities.

The Priestap memo was never produced to Flynn’s attorneys. Nor was a Jan. 4, 2017, FBI report recommending that the investigation of Flynn be closed due to lack of evidence that he was a Russian agent.

“The FBI is closing this investigation. If new information is identified or reported to the FBI regarding the activities of CROSSFIRE RAZOR, the FBI will consider reopening the investigation if warranted,” reads a report from the FBI’s Washington Field Office.

Strzok, the FBI’s deputy chief of counterintelligence, prevented the investigation from being closed, according to internal FBI messages unsealed last week.

Jordan and Johnson asserted in their letter to Wray that the FBI “facilitated an incorrect public impression of alleged Trump campaign collusion with Russia.”

Jordan and Johnson asked Wray to facilitate interviews with Priestap, who retired from the FBI in 2018, and Pientka, the FBI agent who took part in the Flynn interview along with Strzok.

They also asked the FBI chief to disclose when he first learned that FBI officials might have delayed the disclosure of exculpatory information related to Flynn.